According to the American Society for the Prevention of Cruelty to Animals (ASPCA), there is estimated to be at least 70 million stray cats living in the United States alone. While many cats are being found and taken to animal shelters, there are still too many living on the street, waiting to be rescued.

While adopting a cat from an animal shelter is the best way to add a new furry member to your family, it is not the only way to do so. These two kittens were lucky enough to be rescued off of the street in the most bizarre circumstance.

Officers Adkins and Hillard were called to respond to a shoplifting at TJ Maxx in Arlington, Texas.

On their way, they were flagged down by a woman asking for their assistance. She explained that there were two stray kittens under her car, and when they looked under there, they saw two little faces looking at them.

Officer Adkins carefully pulled the kittens out from under the car, without them getting hurt.

Once he got back to the car, the kittens would not leave him alone and kept cuddling him.

The two officers drove to a veterinarian clinic that treated rescued animals to get the kittens looked at. According to the vet, the kittens were about 6 weeks old and healthy.

As Adkins fed them with a bottle, he fell in love.

He decided that he would adopt them, and named them TJ and Max. He did not expect to give them a home, but the kittens had chosen him to look after them. 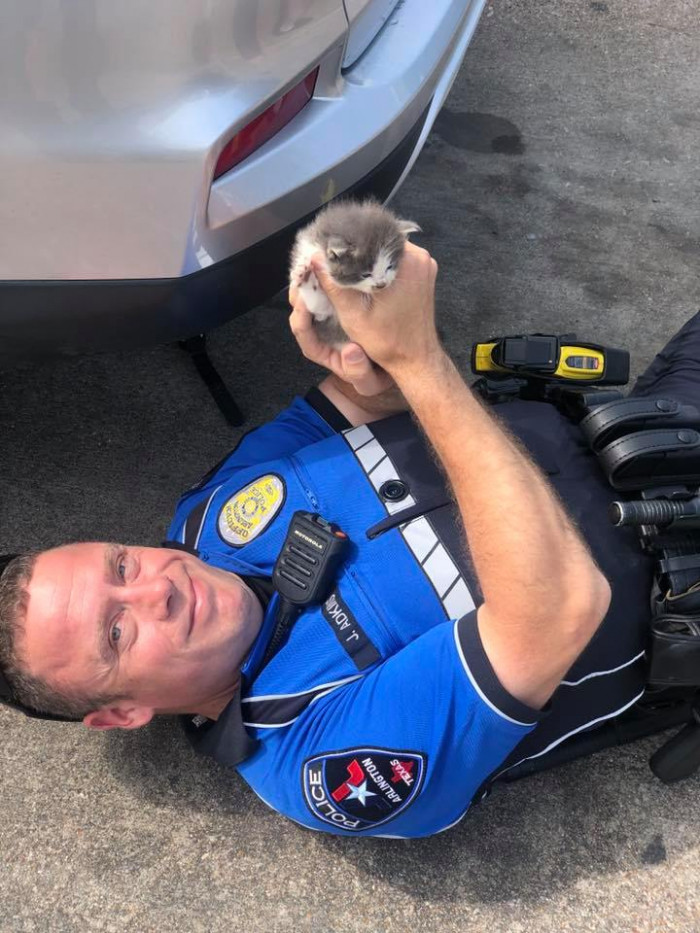