Teenager Takes His Cat To Prom And The Photos Are Unforgettable

Senior prom is one of the pinnacles of high school, an unforgettable night for most and a chance to be extravagant while celebrating the near-end of your adolescent journey before being thrust into college and/or the real world. Every year as prom season approaches the public is treated to over-the-top prom-posal videos, feel-good and heartwarming photos, and a whole lot of "extra" moments where teenagers take their chance to grab the spotlight and raise the bar on just how much fun they can make moments like these.

However, finding a date to prom is sometimes one of the hardest parts of the experience and that leads to a few things: broken hearts for some, groups of friends going together, and a few off-the-wall stories like what we get to talk about today...

Sam Steingard was geared up and ready to attend his school prom, but he was faced with an all-too familiar obstacle: he couldn't find a date.

This might sadden some folks out there but not Sam. No, Sam knew all along that he had the purr-fect date at home. 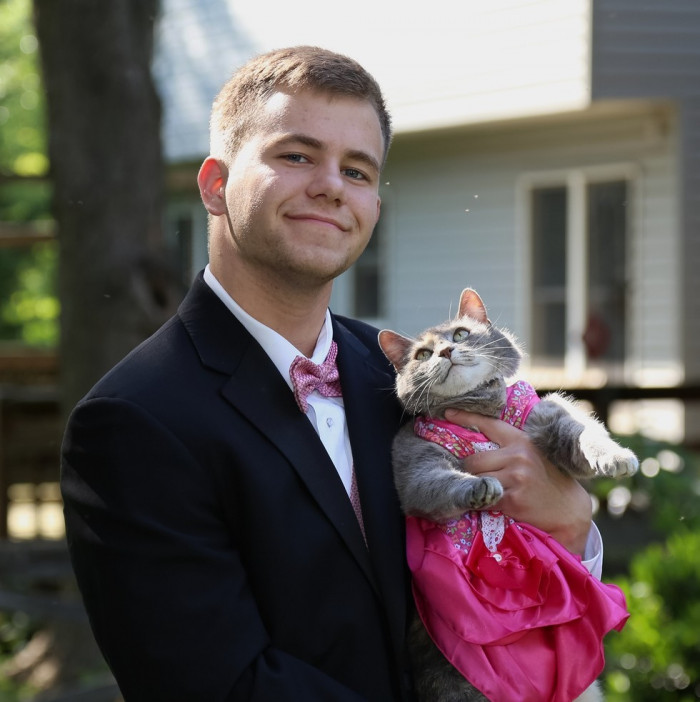 My brother took our cat to prom… My mom (Joanne) decided to buy our cat a dress and sparkly collar so my brother would have someone to take pictures with.

Caroline loved everything about this so much that she shared the photo on Imgur were it quickly gained popularity, which is totally understandable because it's amazing. 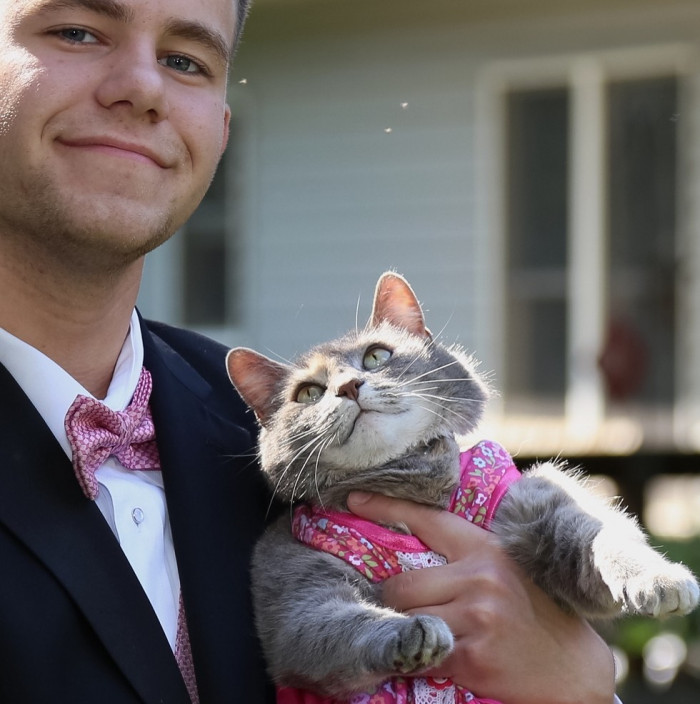 Caroline indulged further on the relationship between Sam and Ruby:

10 years ago, Ruby was found behind a Ruby Tuesday’s restaurant. So that’s how she got her name.

According to Caroline, the siblings grew up with Ruby and she is a very friendly cat beloved by the whole neighborhood! 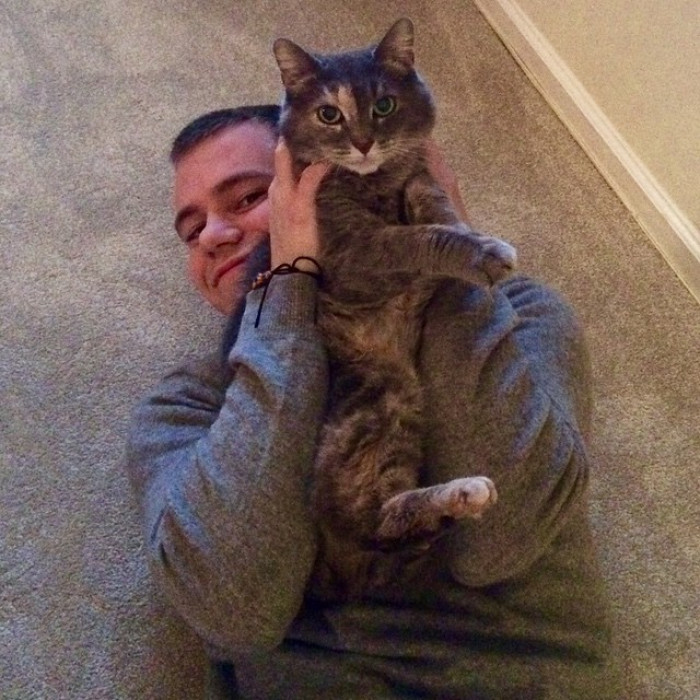 When I was younger, she would walk with me to school and then when we arrived she would walk herself home and meet me there after school. She’s a great cat.

Ruby is like most cats because she loves to be cuddled, held, and pet while she purrs with delight. 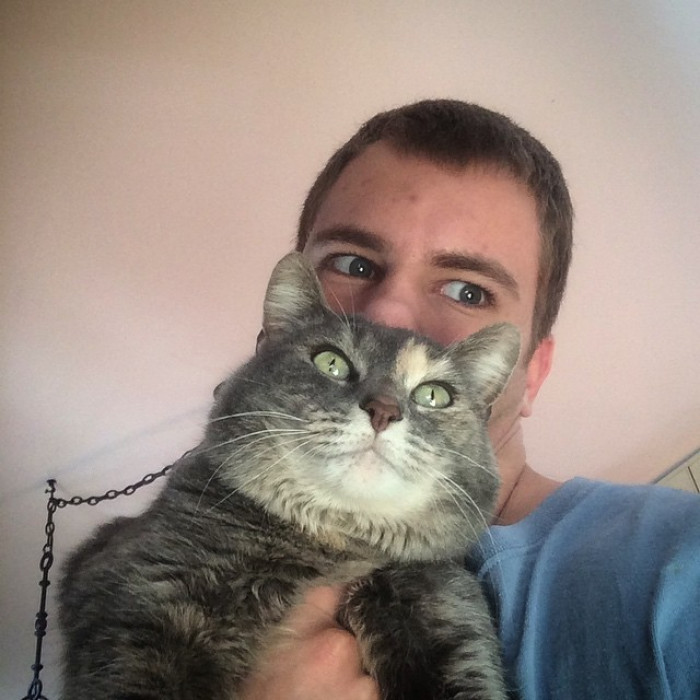 As to why Ruby especially loves Sam?

She loves Sam because he likes to talk to her in a baby voice and he will give her treats once in a while. 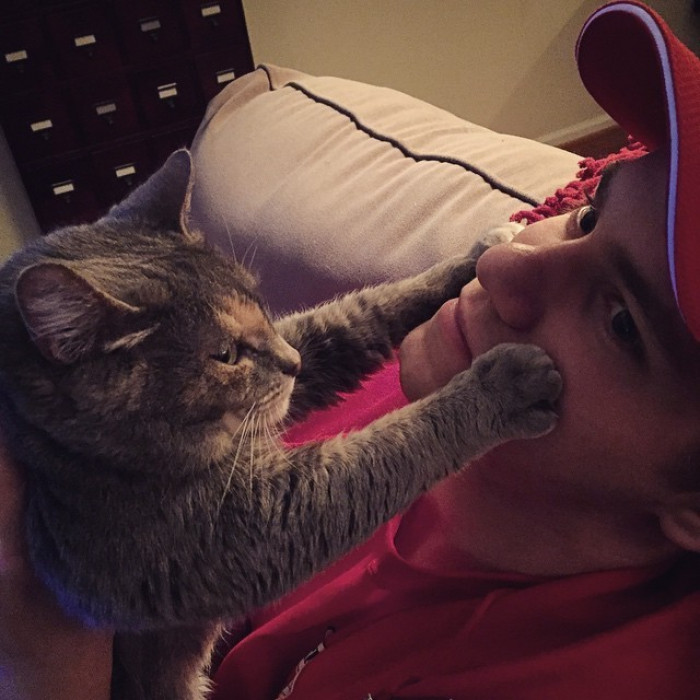 Since being home on summer break Sam did build her a little cat fort out of a cardboard box and an old tee shirt. Even though she has a $40 heated cat bed, she prefers the homemade fort. 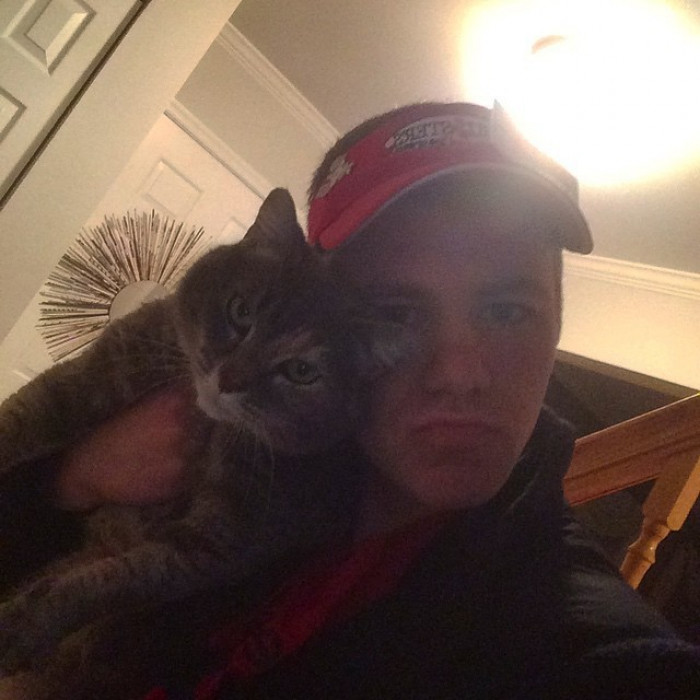 Since the now iconic prom photos were shared to the delight of the Internet, both Sam and Caroline have graduated high school. Away at college, they look forward to coming home on breaks for extra Ruby love and snuggles:

Both me and my brother miss her so much when we’re away at college! 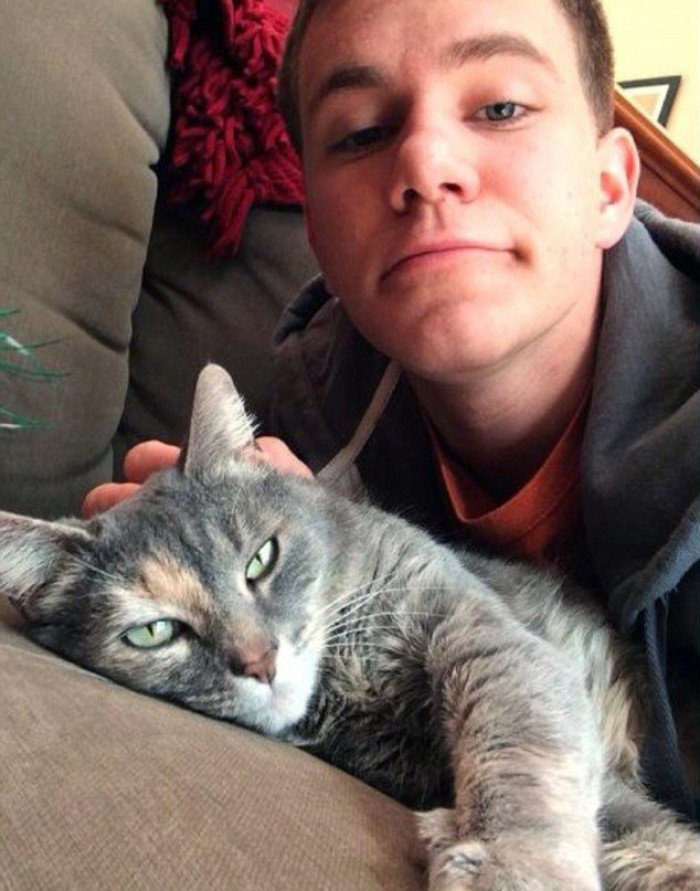 Time away from loved ones makes time spent together that much more special, doesn't it? 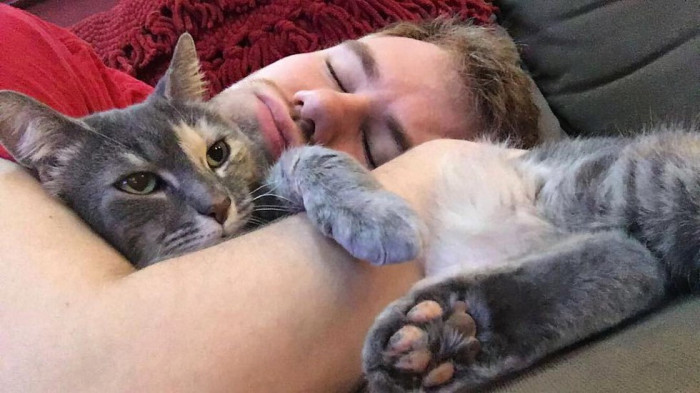 And who'd have thought? We never would have known the purr-fect prom couple existed if it weren't for Caroline sharing an all-too precious photo of Sam and Ruby on the big day.

I'd say their Instagram deserves more than 5k followers, wouldn't you? 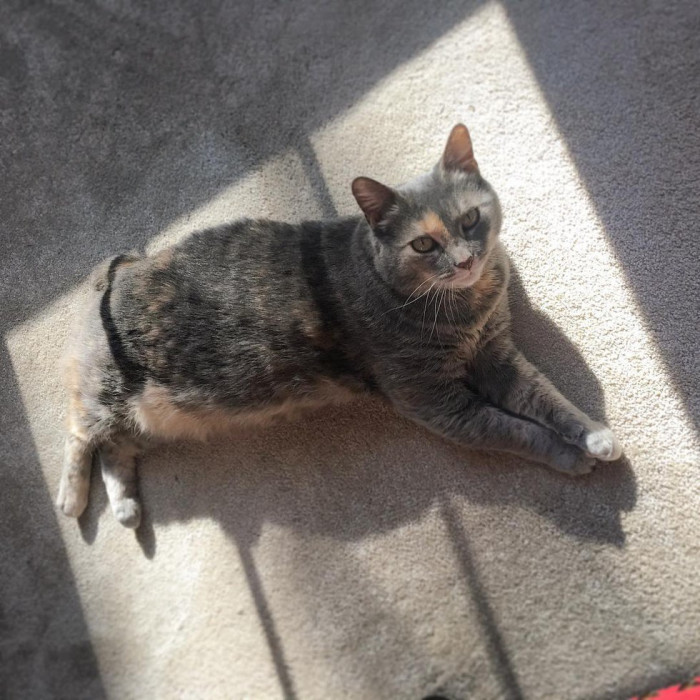