Racist Graffiti Around Manchester Is Mysteriously Being Covered By Cat Stickers

I love me some street-art, I do. I love to travel and a good mural will get me every.single.time.

Graffiti and street art has come a seriously long way and with the rise of Social Media Tourism, a great mural or graffiti art-work can catapult an otherwise obscure place into a serious tourist destination, flooded with millennials trying to get 'the shot'.

Manchester is a city known for many things - soccer and Manchester United FC historically being synonymous with the city. In recent years however, and after a horrific terrorist attack at an Ariana Grande concert, the city has been vandalised with racist graffiti.

Thankfully, someone is mysteriously covering the graffiti with adorable cat stickers.

Check out some of it below!

The stickers can be spotted all around the city. 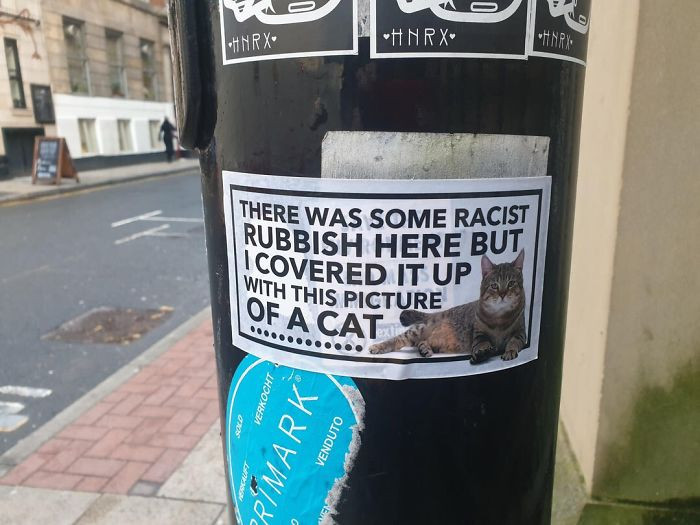 On walls, billboards and signposts. 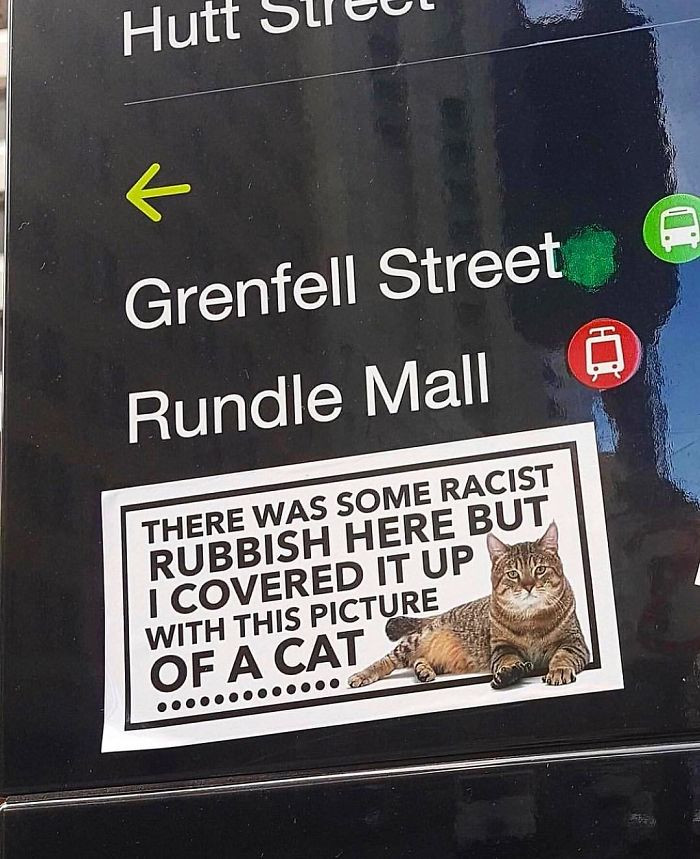 The stickers have been traced to an Australian organization known as, Cracks Appearing Distro.

The group offers a wide availability of stickers from around $14 per pack. A pretty expensive way to cover graffiti. 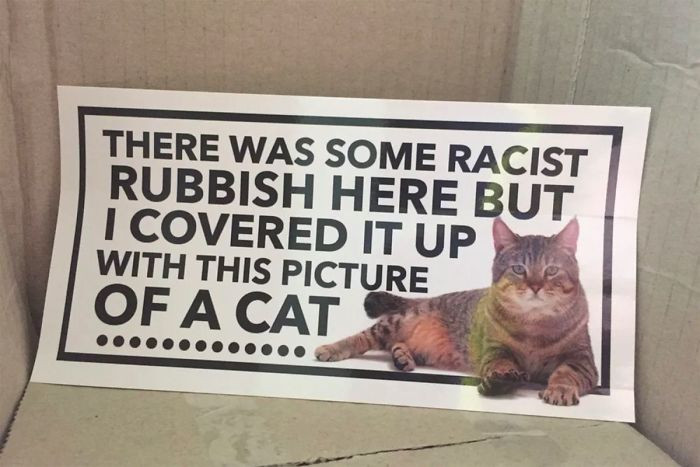 Other European cities have had interesting ways of covering offensive graffiti in the past, too. 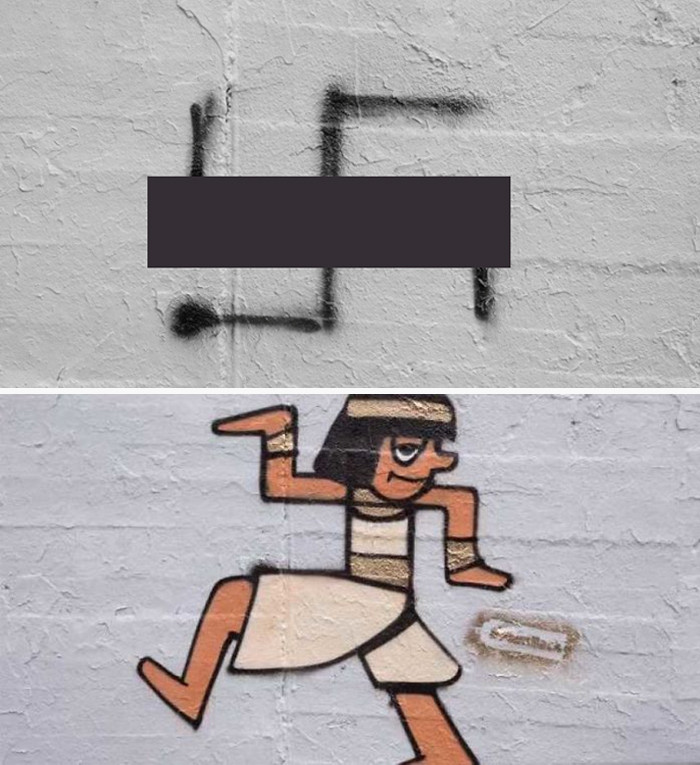 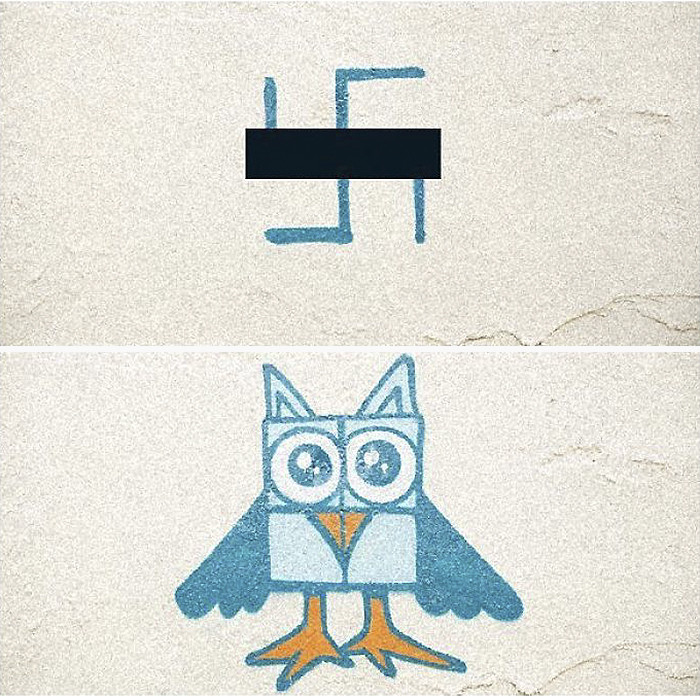 It's horrible to imagine people still using this hate symbol! 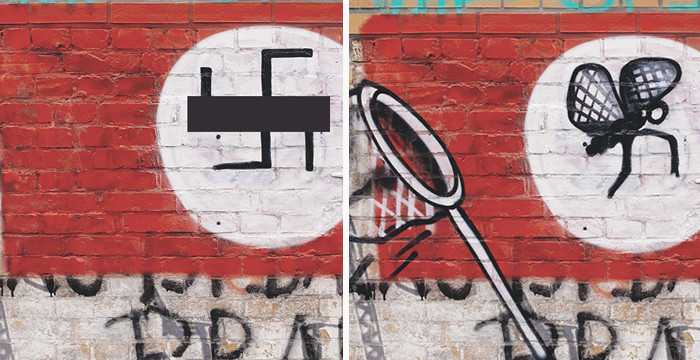 Of course, the internet ate up this awesome way of dulling out some of the racism in these major cities.

AGREE! Love me some cats!

... and then there was this guy. Typical, no profile pic. *eye roll*