We've all seen the nature documentaries where they spend days, and sometimes weeks waiting to capture a super rare animal in their natural environment. Some people, however, find themselves in the luckiest situations where they stumble across an animal and capture it in all of its glory.

That is what happened to British wildlife photographer George Turner who was taking pictures in the Asilia Namiri Plains Camp in Tanzania when he stumbled across a rare Serval cat. This is a rare feat in of itself, but what makes this even better is that it was completely covered in black fur.

Here is "Manja", named by George's guide who saw him first

"The black serval. Can't describe how mind-blowing this was... and still is.⁣

For context, even seeing a “normal” serval is tough. They’re shy, secretive cats that tend to live in tall grasses — the perfect combination for staying unnoticed. Every time I’ve been privileged enough to see them, my heart skips a beat." ⁣- George Turner

Manja's fur color is due to the result of melanism, which is the increased development of the dark-colored pigment melanin in the skin and har. This usually occurs in Servals in the highlands of East Africa at around 2000 metres above sea level.

However, the Namiri plains are located at 1000 metres above sea level, meaning Manja would have had to travel from an area close by that is much higher in altitude. 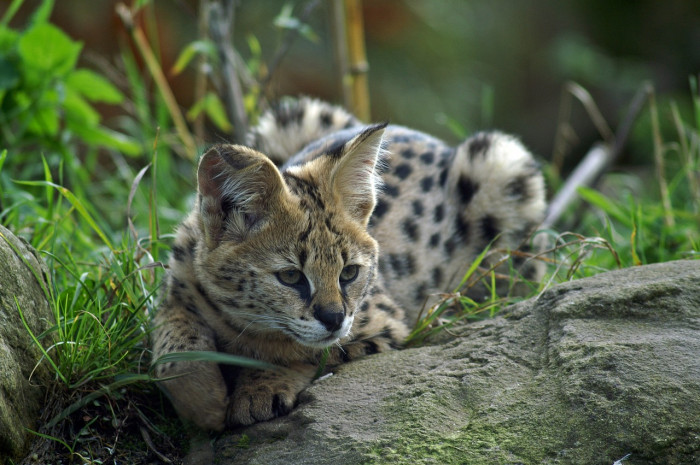 Servals are usually solitary animals, and each maintains its territory. They hunt in tall grass for small rodents and reptiles, and usually listen for their prey with their ears instead of looking for them! 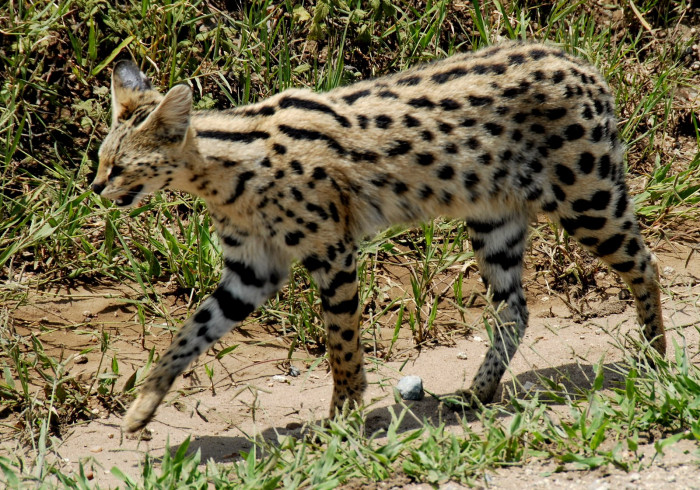 Servals can jump 10 feet vertically up, but some people have seen some clear over 20 feet high

While they spend most of their time on the ground, they climb trees when they need to escape from predators. These include hyenas, leopards, lions, wild dogs, and humans, and while younger, snakes and eagles. 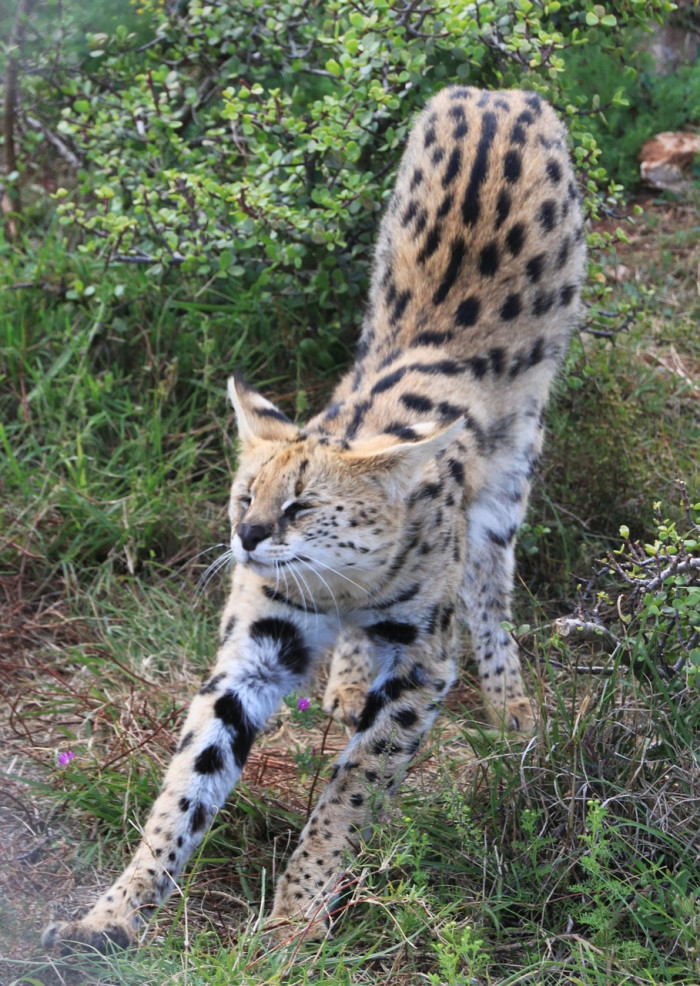 If you're interested in seeing more of George's work, take a look at his Instagram, and let us know what you think about Manja in the comments! 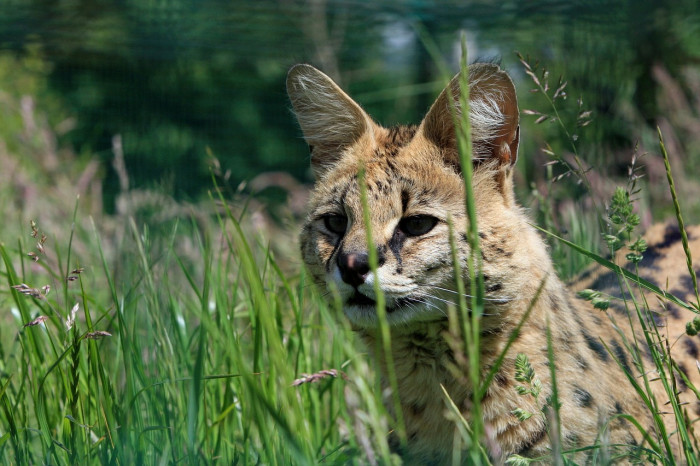