Trying to understand the reasoning behind everything a cat does will probably drive you insane, they're the most selfish creatures on earth and they do things just because they have the ability to.

They're actually pretty smart but their curiosity often puts them in the most uncomfortable and weird situations which gives the impression that they're stupid, which is rarely the case.

These cats are the epitome of stupidity, even if you try to come up with an explanation to these photos you won't be able to because they're just way too absurd and incredibly confusing. You will be very thankful for your smart cat after seeing these photos.

"I identify as a snake, leave me alone" 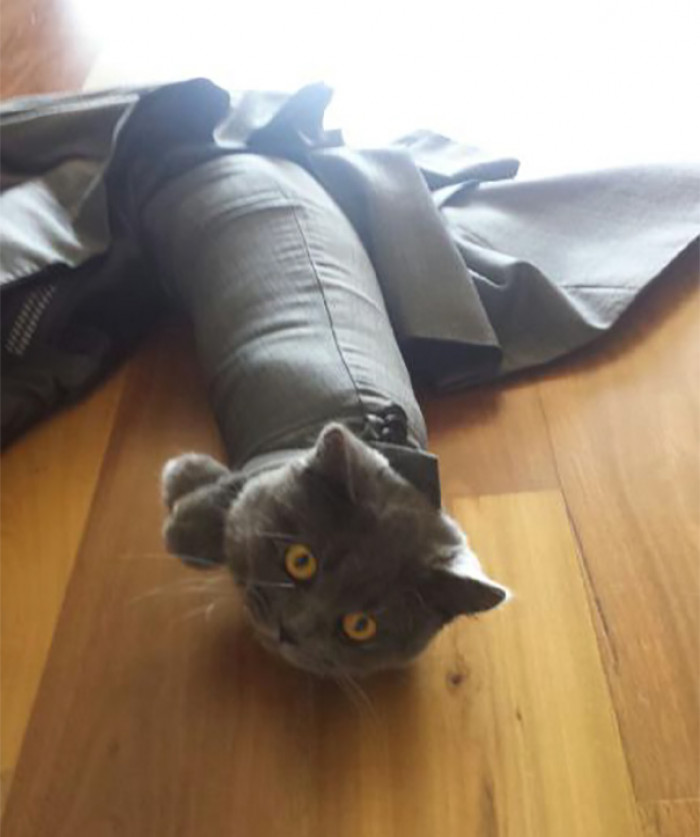 "Some cats bring their humans birds and mice...Oliver brings me teabags" 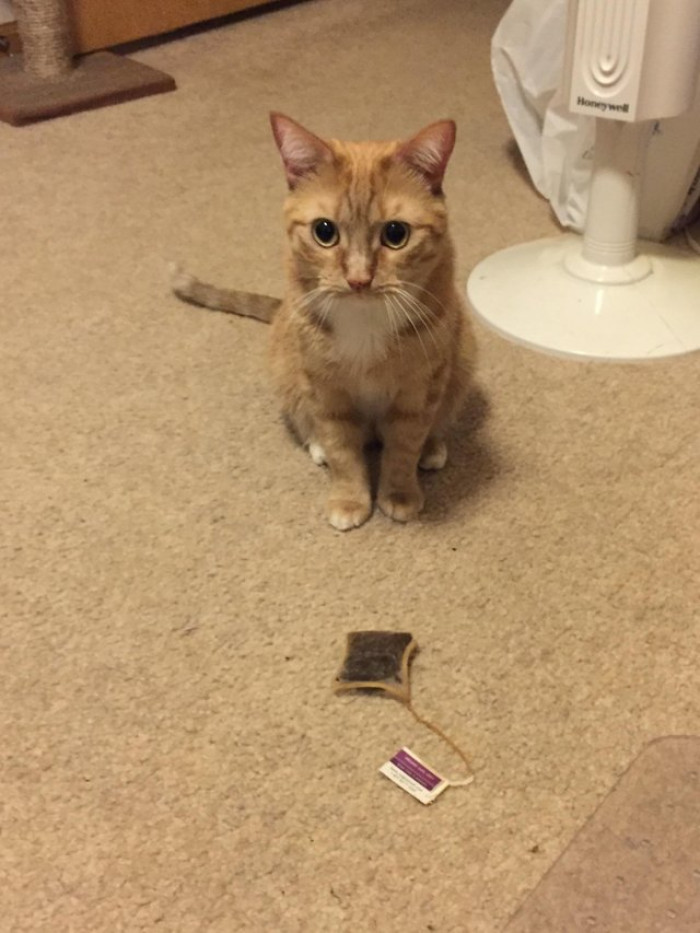 "We actually had to help him down.. Idiot" 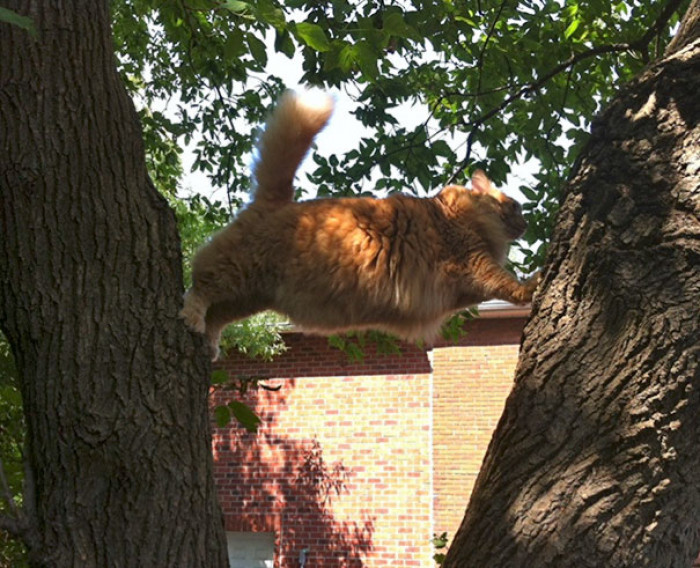 "This is how my friend found the cat in the bathroom" 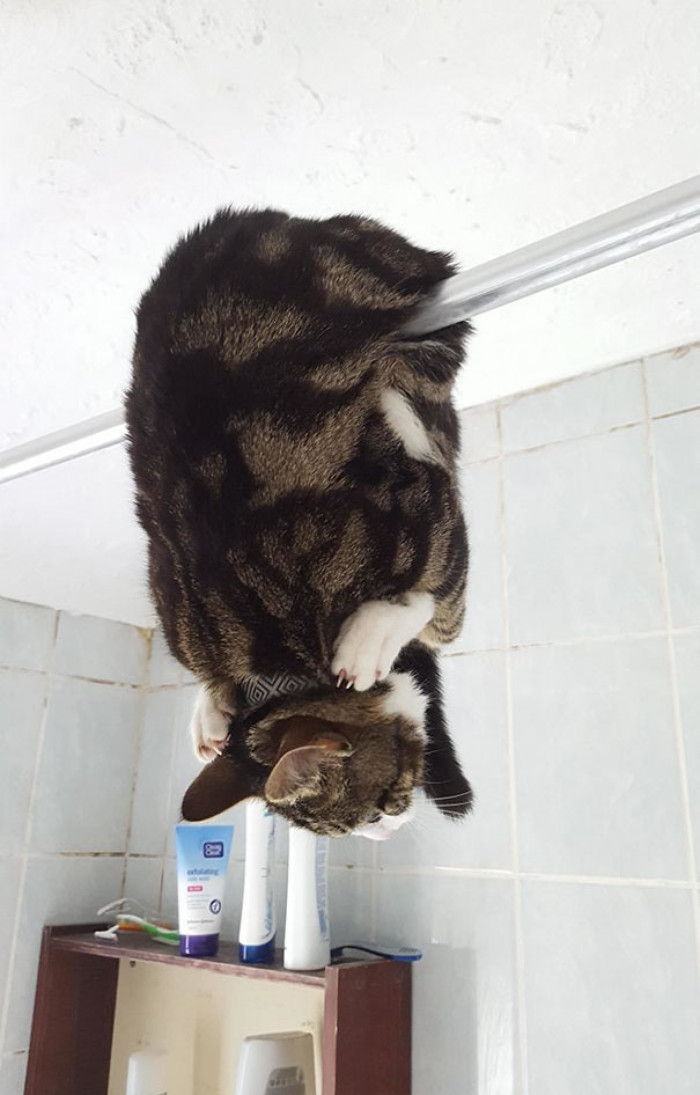 "This is my friends cat eating dinner" 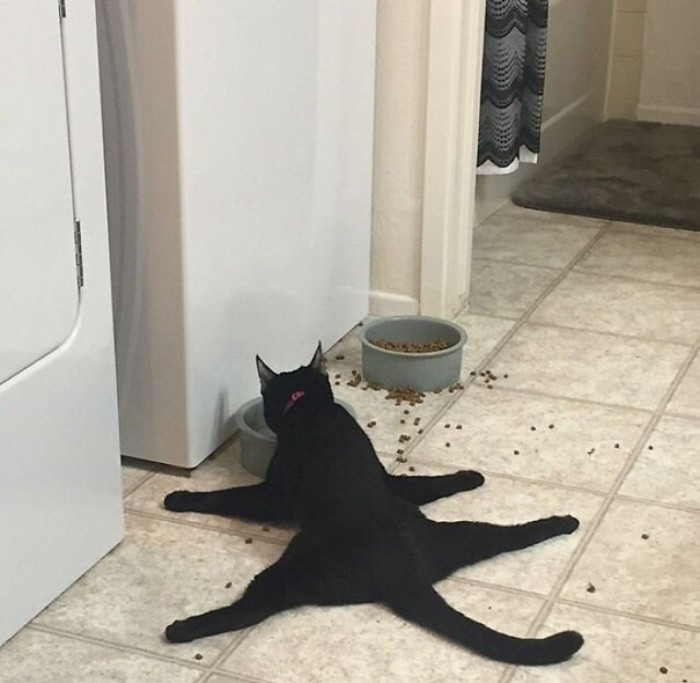 "He is crying because he thinks he is locked out ... Dumb as a brick but he is mine and I love him." 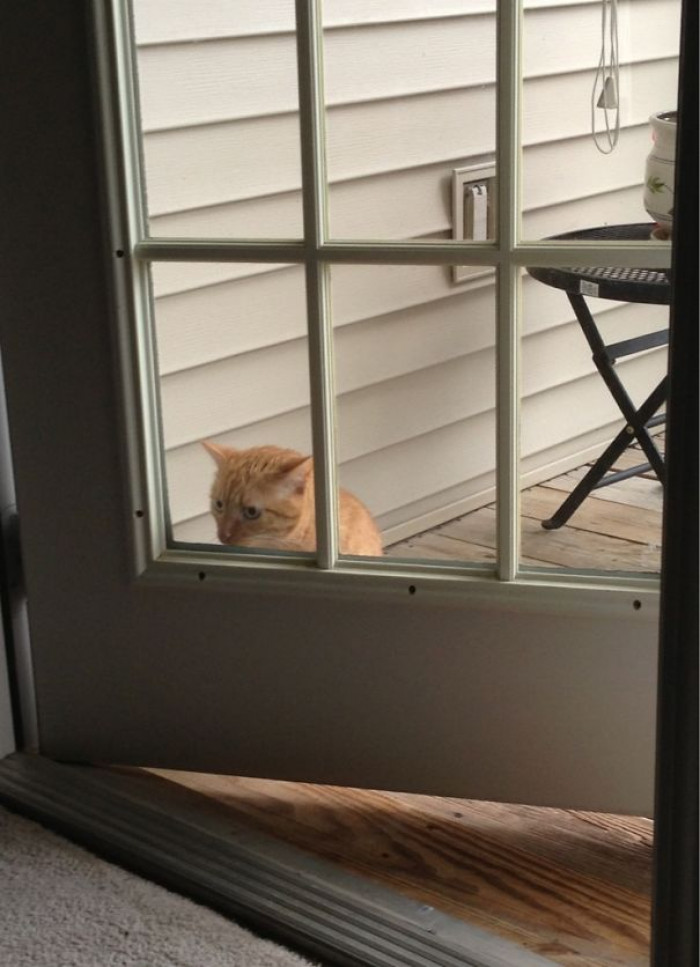 "My friends cat got it's head stuck in a vase, freaked out, broke the vase, and was left with this." 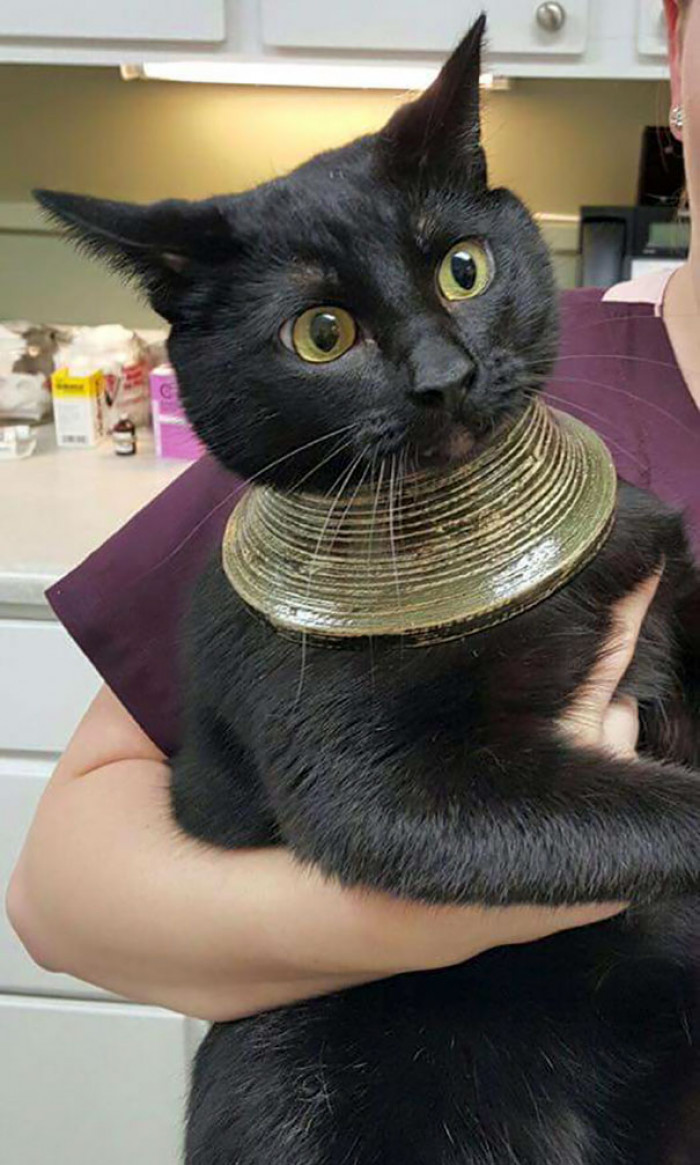 "I can't leave you alone for one second, can I?" 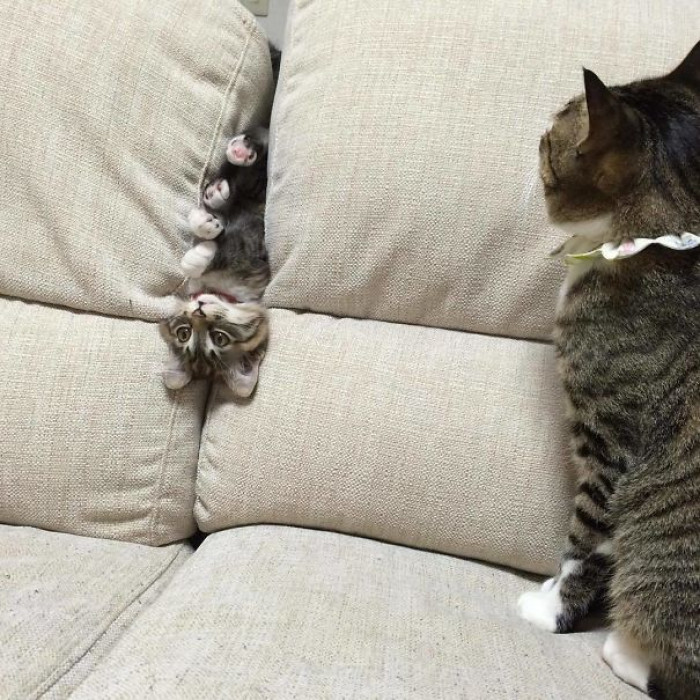 "My cat keeps trying to steal the feather duster, luckily he never gets too far..." 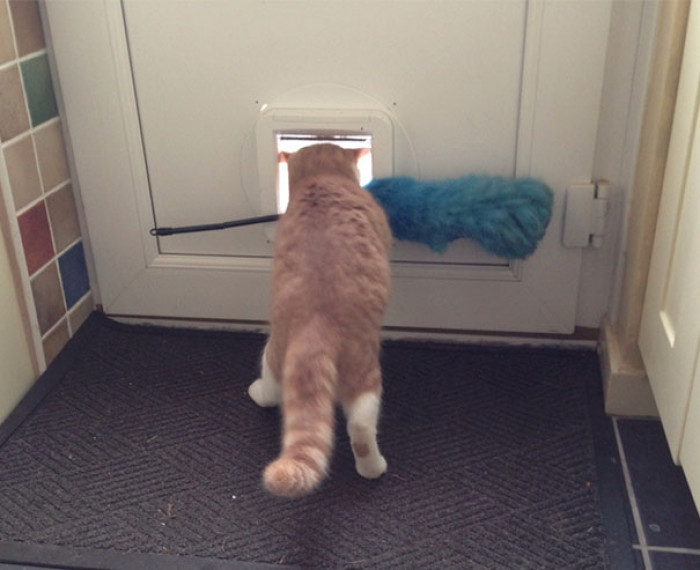 I don't think that's how you're supposed to do it 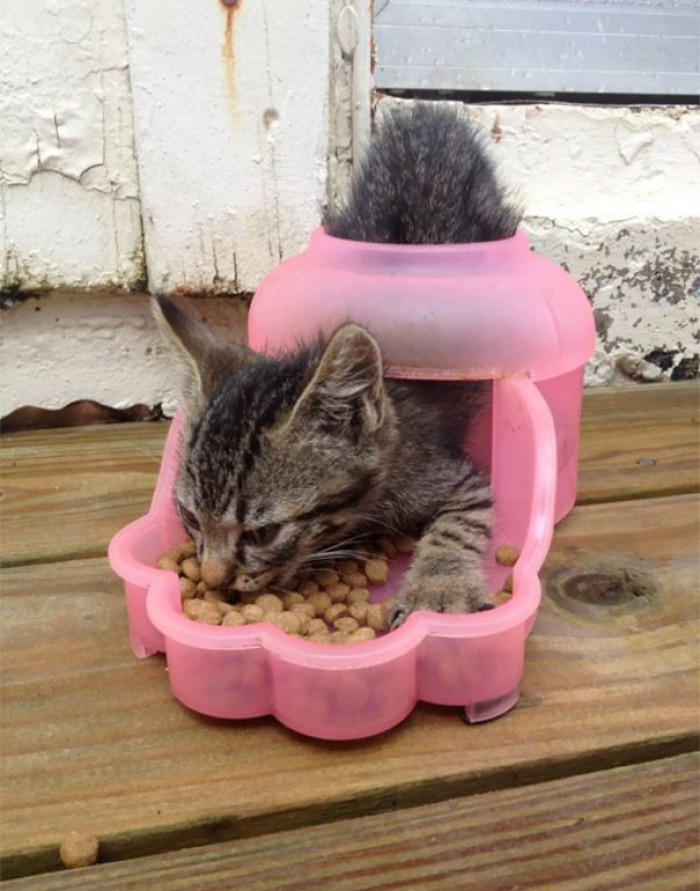 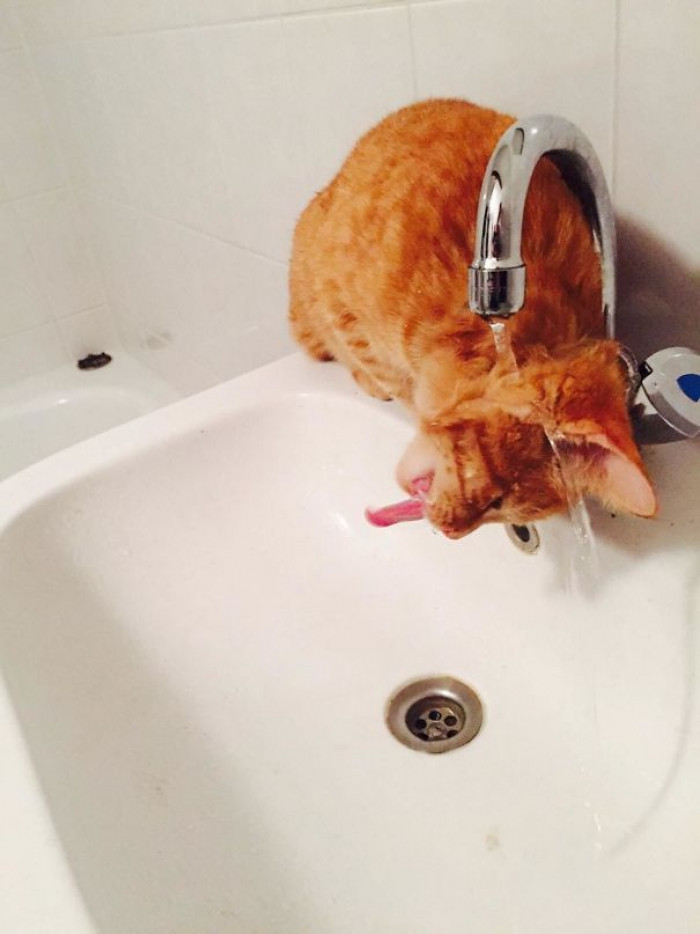 "I hear my cat crying in the bathroom, walking in, I see this." 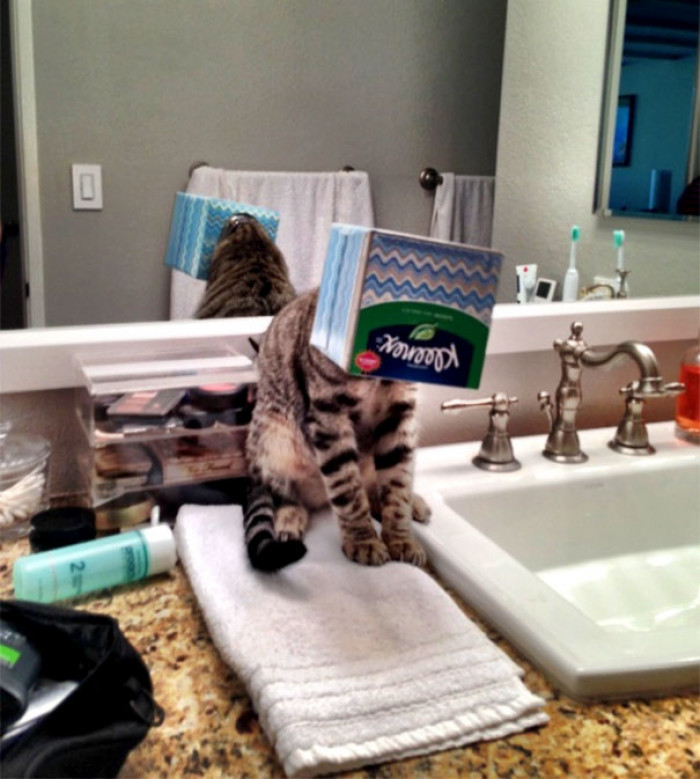 Hello there hooman, what took you so long 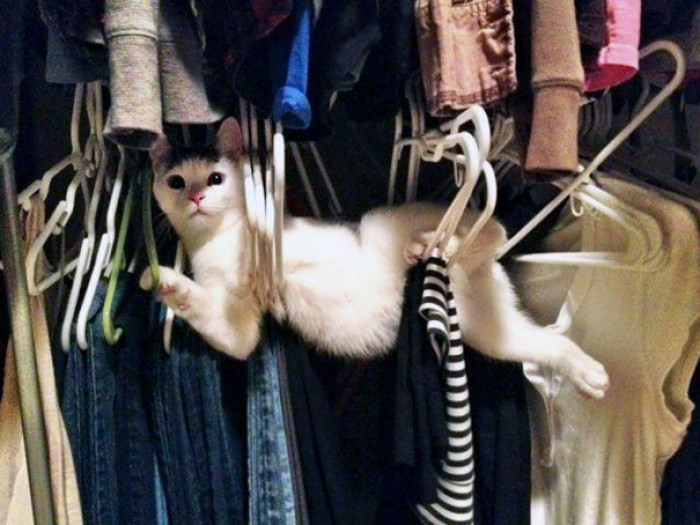 "My cat is grounded indefinitely" 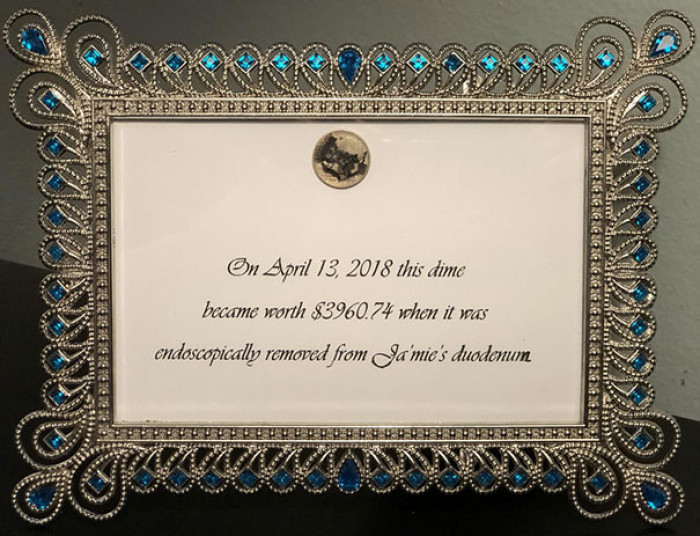 This is how I like to do it, leave me alone 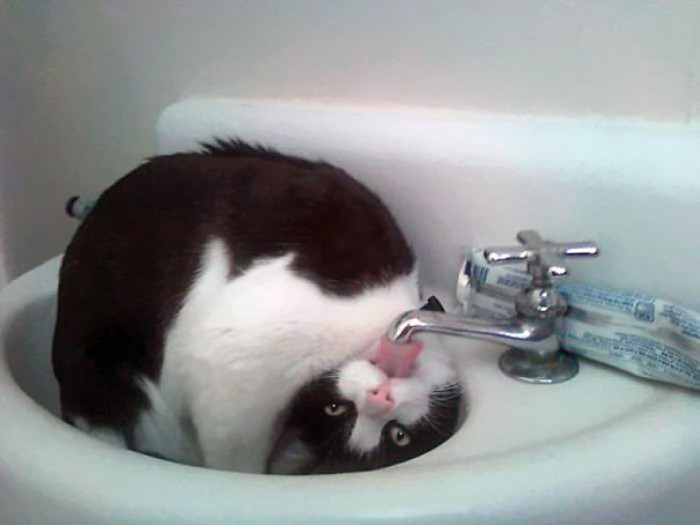 "I know cats like to sleep in weird positions, but this is probably the most ridiculous" 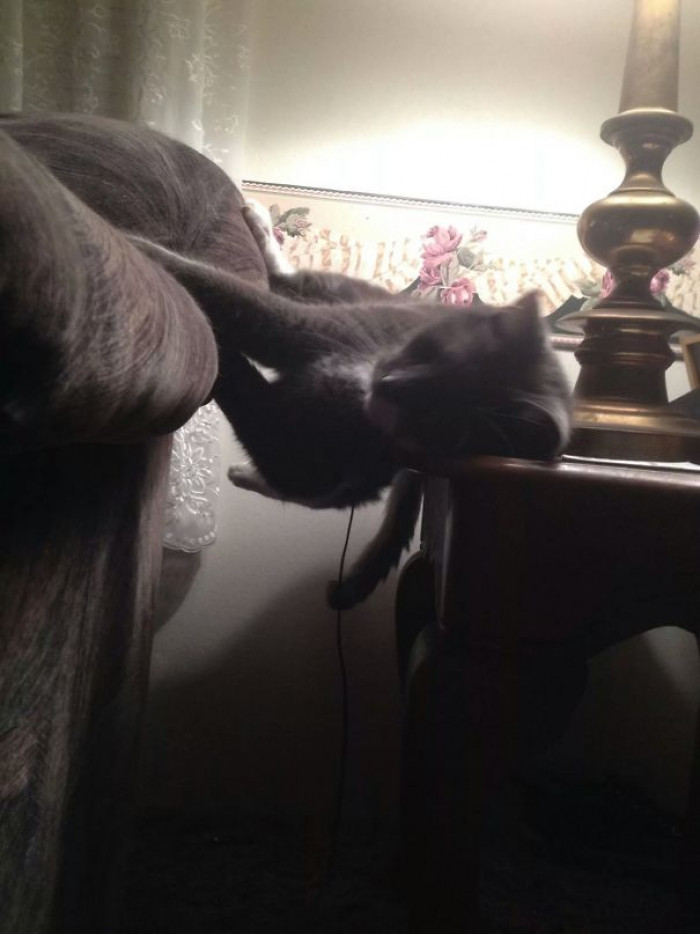