Not too long ago the Humane Society estimated that the feral cat population in the United States was near 50 million. Many feral cats live in colonies in cities and that makes it really easy for caring communities and animal advocates to check on the cats, capture to spay or neuter, and release back into their colonies.

But not all feral cats are safe in a community, espeically if they are an expecting mama preparing to birth a litter of fluffy jelly beans (more commonly known as kittens.)

Whitney Malin is an active animal advocate in her community helping rescue, foster, and adopt cats in need so it's no surprise to the people who know and love her that she would be the center of today's endearing rescue story.

A Maplewood, New Jersey resident was beside themselves when they heard meowing coming from a backyard in their neighborhood. Upon further inspection, they discovered a small family of cats. Knowing that Whitney was a heroine of fuzzy felines, they contacted her in the neighboring town of South Orange.

In an interview with Love Meow, Whitney said:

They heard that I do rescue and reached out to me via Facebook. When I went to check it out, they were three days old. The mom is feral.

They knew the momma cat and her litter of newborn kittens needed some assistance. 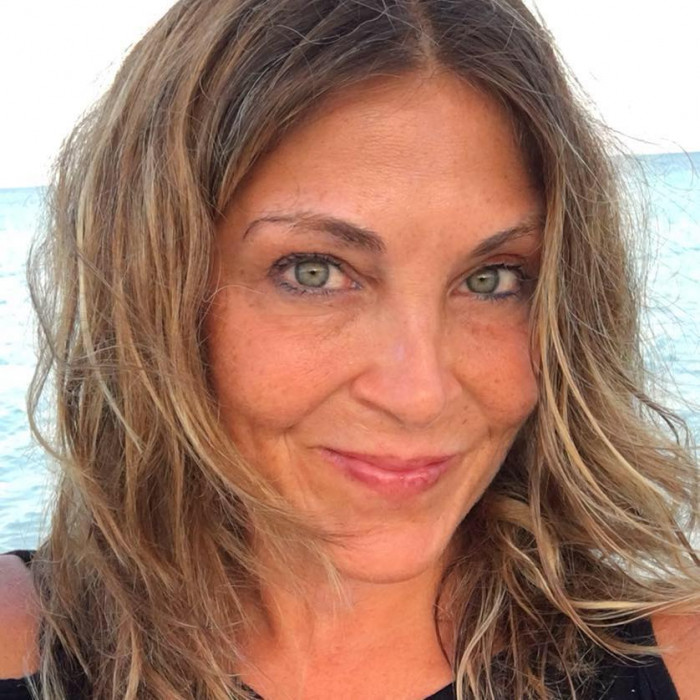 Upon arrival and inspection, Malin discovered that the cat kept her sweet, little babies in a nest she made of twigs and garbage. The babies were young and still nursing, so she decided the best thing for the moment was to leave the kittens there with their mom.

Fret not, though, because Malin came back with a humane trap in an effort to rescue the momma cat along with her babies! However, safely trapping and rescuing a feral momma cat is no small feat and it proved to be quite the challenge for Malin. 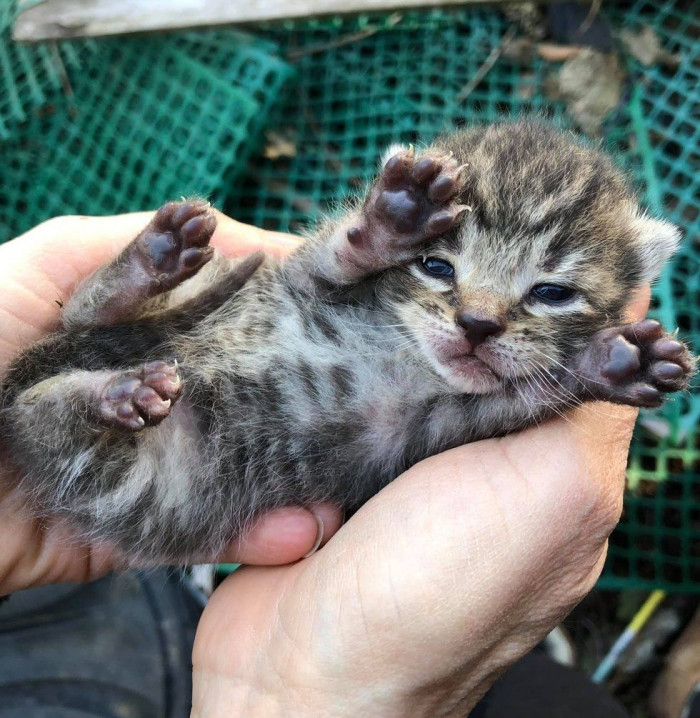 For nearly two weeks, the feral momma cat avoided the trap! We can only imagine the sigh released from Whitney each day as she checked up on the precious, little family, hoping that day would be the day she got them safely.

Whitney did not give up though, she visited every day, and on the days the cat was not trapped she still looked in on the kittens to make sure they were thriving and well. Being a newborn kitten is such a vulnerable time as it is, and living outside in a nest of twigs and garbage definitely is less than ideal. 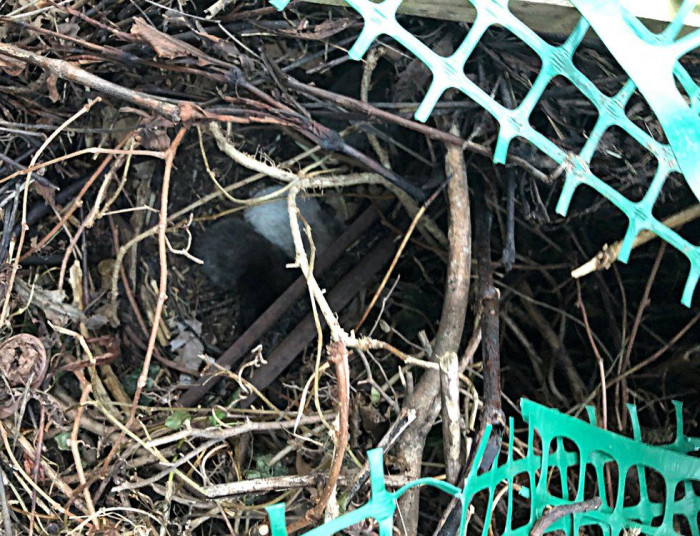 Finally, 16 days into the kittens' life the momma cat snuck into the trap to inspect the food and was safely (and successfully) captured!

From there it was easy to peacefully scoop up the little kittens from their nest and bring the whole family to her local veterinarian for evaluations! 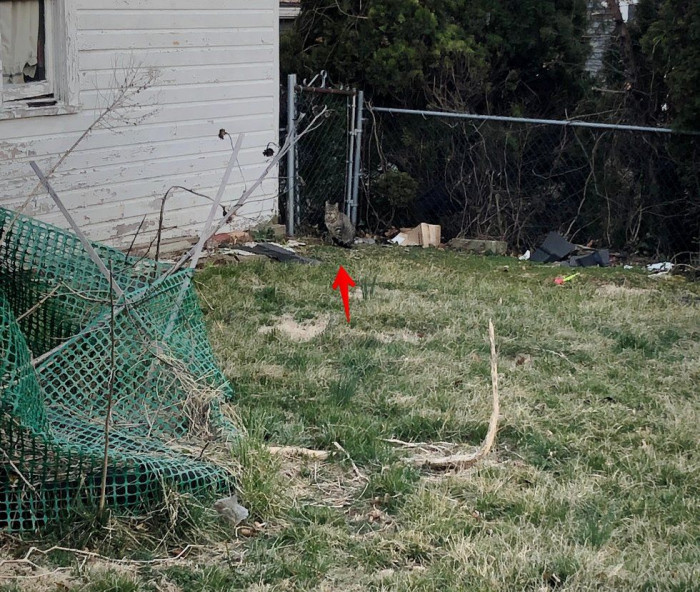 Momma tested negative for FELV and FIV. She was vaccinated and treated for fleas. The babies were 0.5 lbs each! 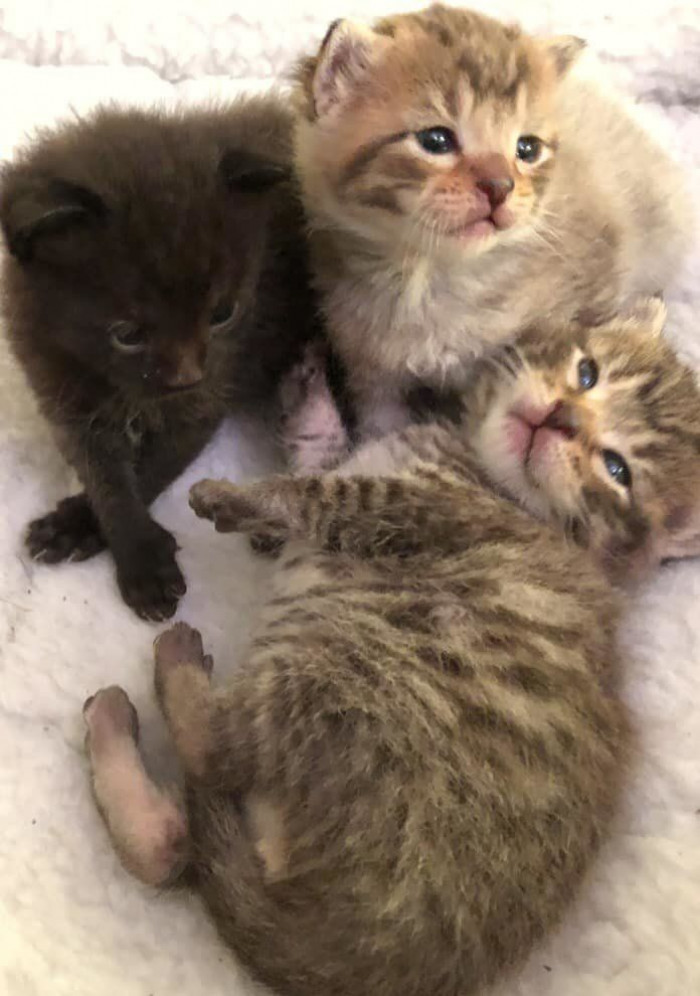 In true cat lover fashion, Whitney brought them home to foster them. This way, the momma tabby cat could have a quiet and safe space to raise her kittens. Not only that, but food and comfort were in no short supply for the nursing momma. But it wasn't all easy-peasy.

She is fierce and protective, but so very scared. For the first week or so when I would sit with her, her breathing was fast and labored. The vet said it was stress. 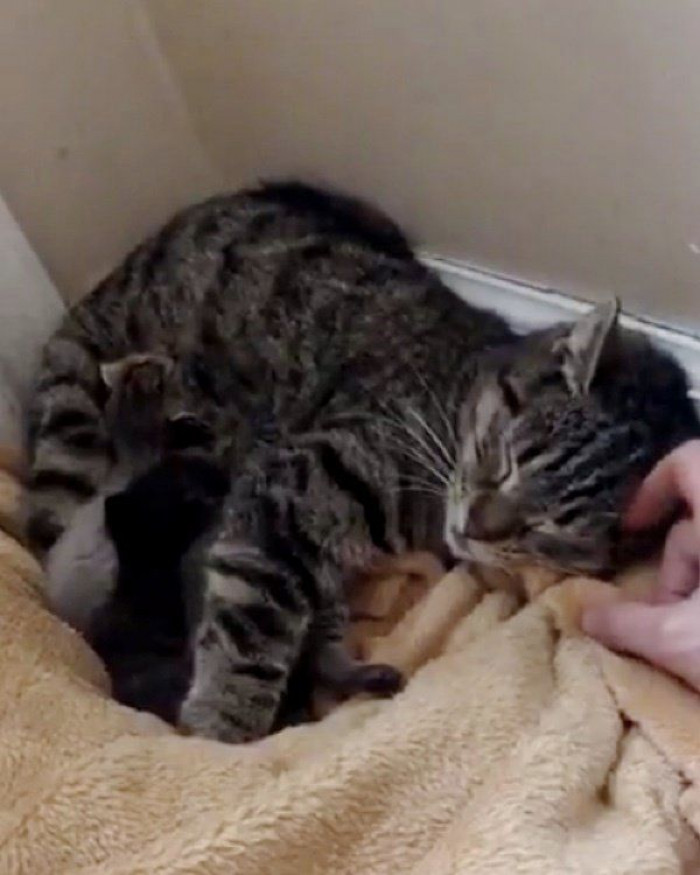 Creative and compassionate, Malin gave all the kitties the purr-fect names:

Check out this incredible video of the rescue process, too!

While the first week was no walk in the park with the concerned, feral momma cat, Whitney's patience and compassion paid off. The foster room she kept the cats in was comfortable and spacious, giving momma nothing to focus or worry about other than nursing and caring for her precious babies.

Finally, over the course of a few more days, the now dubbed Mama Frida calmed down. She began to enjoy her "little hut," and cozied up with her kittens. There is a lot of comfort to be had in a warm home with a warm bed and no need to hunt and scavenge for food. No nursing momma wants to struggle in the early days, and Frida was no exception. 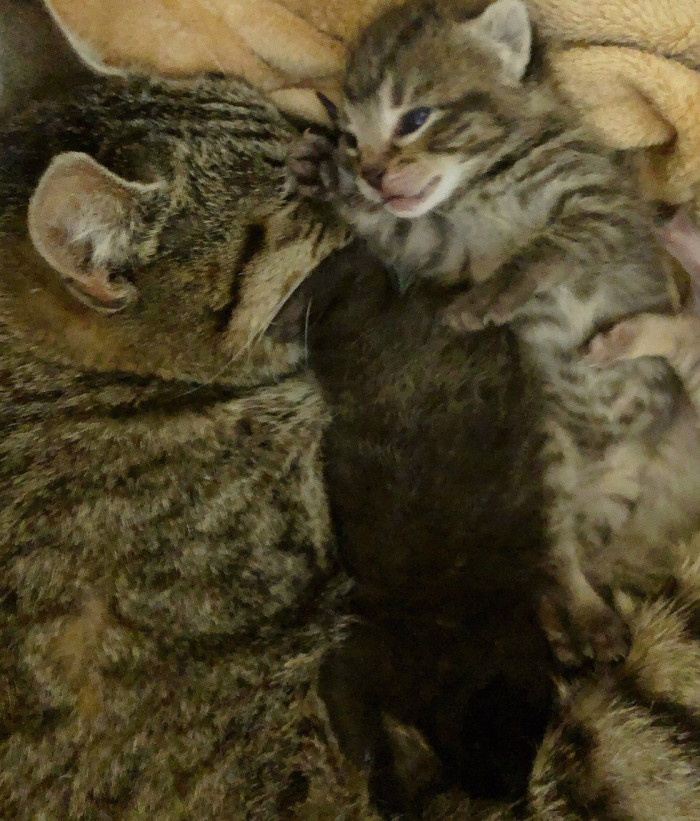 The kittens are still small and young, so they have some waiting and growing to do, but Malin will make sure they are all spayed and neutered before finding their forever homes.

As for momma? Whitney said:

She still hisses and spits at me especially when she is nursing, but I can also see that she has calmed down. 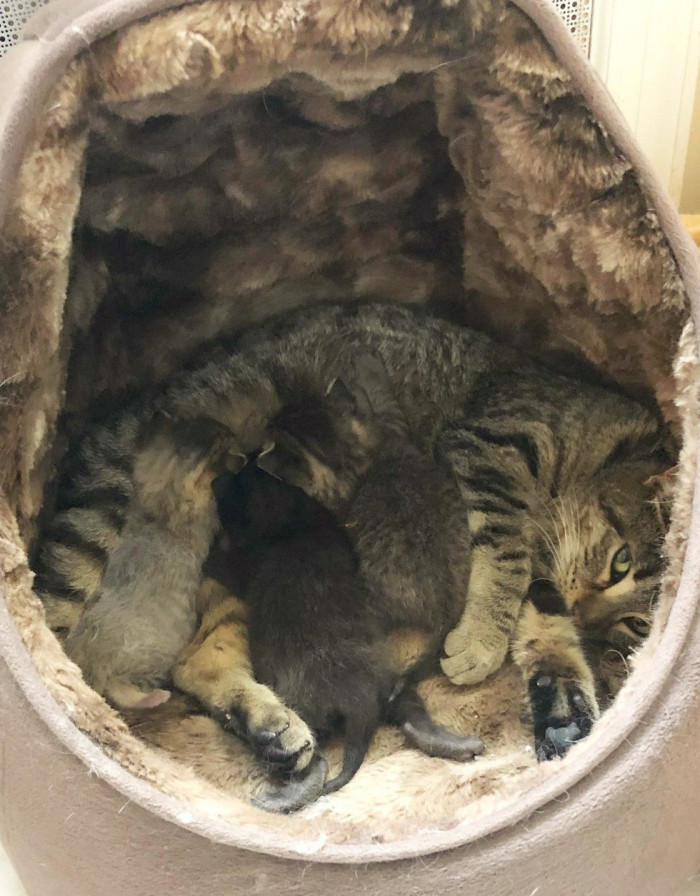 Look at these precious freaking babies. Heart-eyes from all. 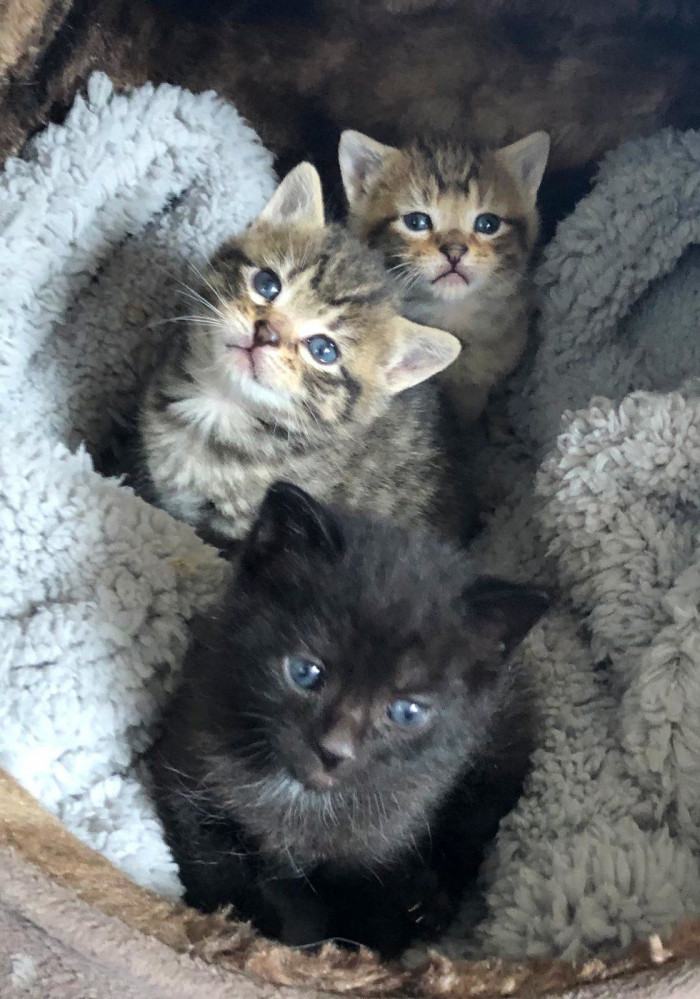 At four weeks old, the kittens have begun to walk, explore, and play. They also recently discovered their first toy, which naturally has brought out their "adventurous" side.