He May Be The Angriest Looking Cat You Will Ever See, But Xherdan The Wrinkly Sphynx Is Also The Sweetest

Sphynx cats are certainly not everyone’s favorite, and surely not the first thing you think of when you hear the word “cat.” Yes, the first image those fluffy, colorful purring creatures who like to play with string cloths, not the frowning hairless sphynx cat.

Yeah, it’s not easy for them. Xherdan, the sphynx from Switzerland, would verify that if he could talk. He is called out even more than his relatives because this six-year-old cat is not only furless, but completely covered in wrinkles. And some people took his appearance as an invitation to insult him and compare him to an alien, caterpillar, dumpling, or a brain.

Xherdan is also famous for his angry-looking scowl, but his owner Sandra Filippi, 47, says he’s a sweet-tempered kitty who enjoys sleeping and “talking.” She said that occasionally people are afraid of Xherdan, but he is just as endearing as any other cat.

Sometimes, people are afraid of Xherdan but he is just as endearing as any other cat. 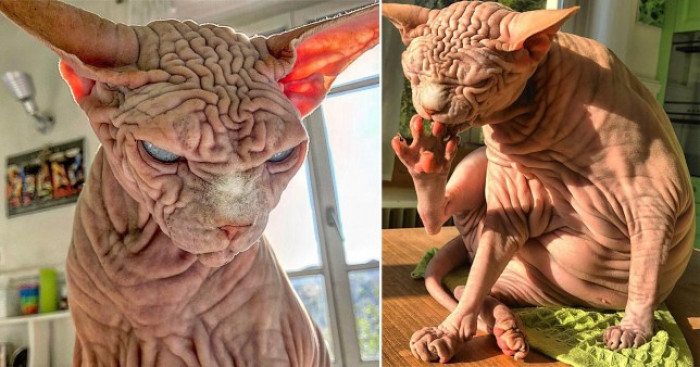 Sandra told: “When I first saw him, he immediately stole my heart. ‘His wrinkled pink skin, as fine as a peach, and his turquoise eyes, I was in love! He has had this many wrinkles since the day he was born.” 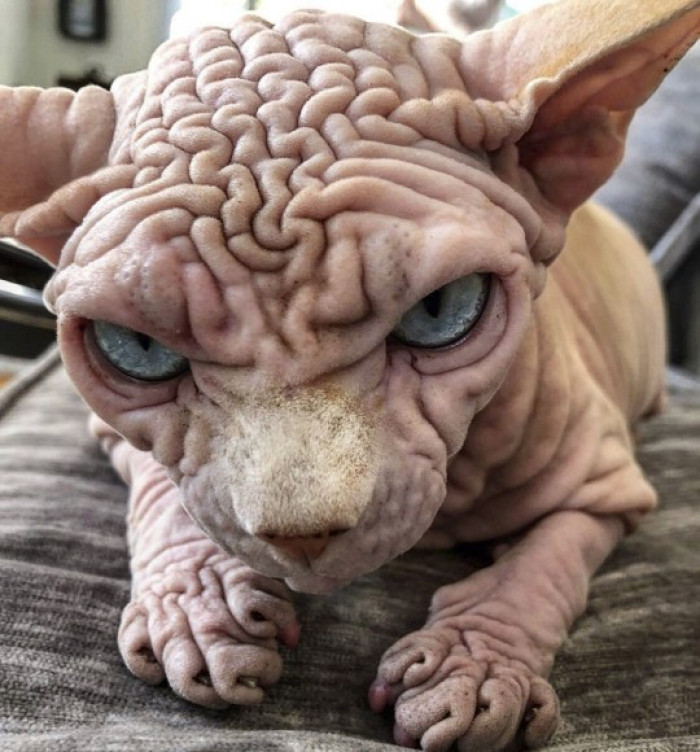 “Xherdan is a very active cat and he talks a great deal, in all pitches, when he is excited, when he is hungry when he plays or while cuddling and falling asleep, he is like a child and his character is very lovely.” 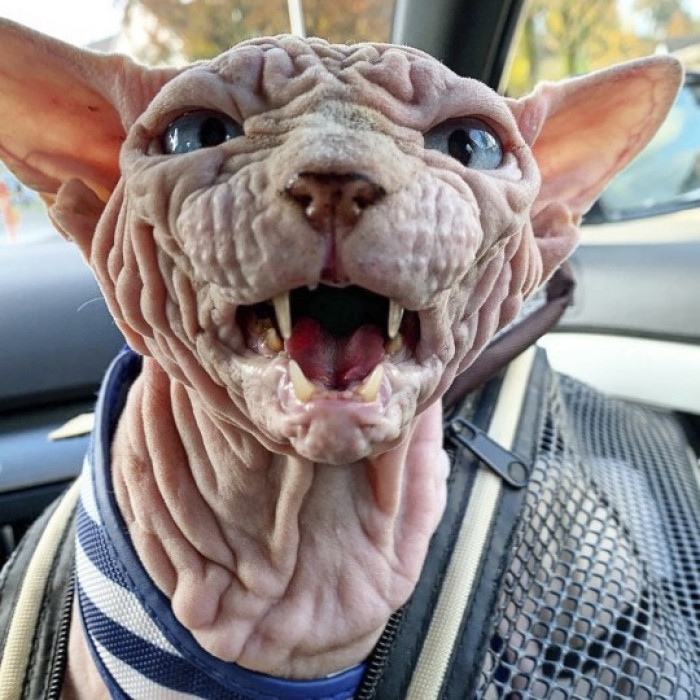 Sandra says that people are “a little bit scared” at first but instantaneously start to adore him when they see how playful and kind tempered, he really is. Sandra also told that Xherdan, like sphynx cats in general, needs a lot of care to stay healthy.

She added: “I regularly clean his eyes, ears, and feet, even the claws I have to cut. Sphynxes take up a lot of time; they always want to be where their humans are, that should not be underestimated. “

“Xherdy makes me and other people laugh, no matter in what moments, and that’s the most beautiful thing there is. Most people are a little bit scared of Xherdan, but then when they meet him, they love him!”