This Kitten Has Birth Defects And No One Wanted Him, Until This Kind Man Showed Up At The Shelter

Arlo the cat was born with some birth defects, and he was brought to the Cats Protection's Bridgend Adoption Centre in South Wales so he could have a better life. There he was provided enough love and care that enabled him to overcome his flaws and become a playful and loving kitten.

"Arlo is an absolute sweetheart, and he's charmed all the staff at the center," Sue Dobbs, Manager of Cats Protection's Bridgend Adoption Centre, told the reporters.

"He may look a bit different from other cats, but he's got a lot of love to give, and is full of fun and mischief." 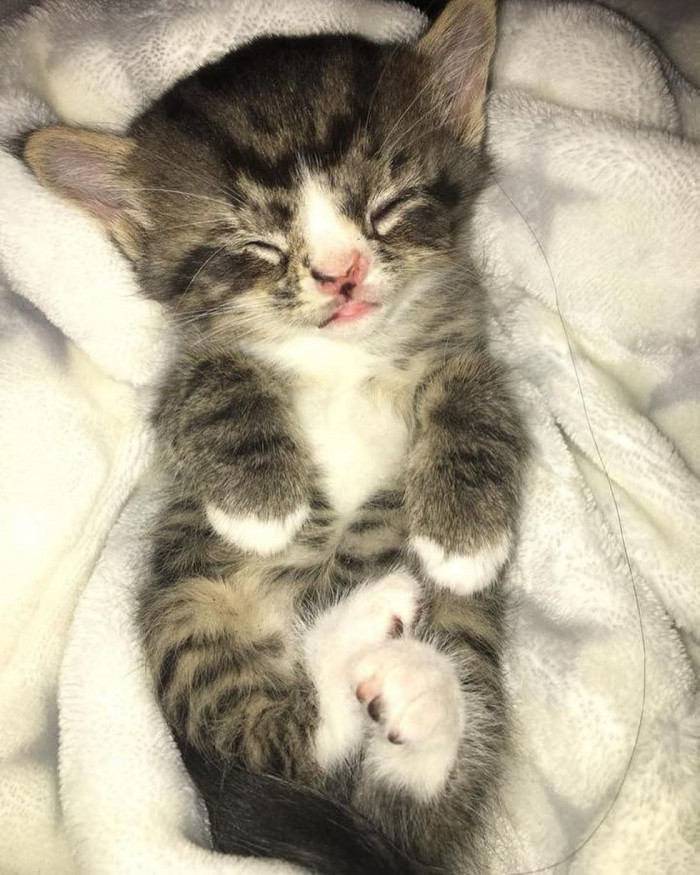 The kitten has hydrocephalus (a build-up of fluid in the brain), which caused his head to be misshaped.

After a thorough vet examination, the tabby was declared healthy. The staff hoped that they will be able to find him a good family that will give him a good life.

"Arlo is such a lovely cat and deserves a happy and loving home." 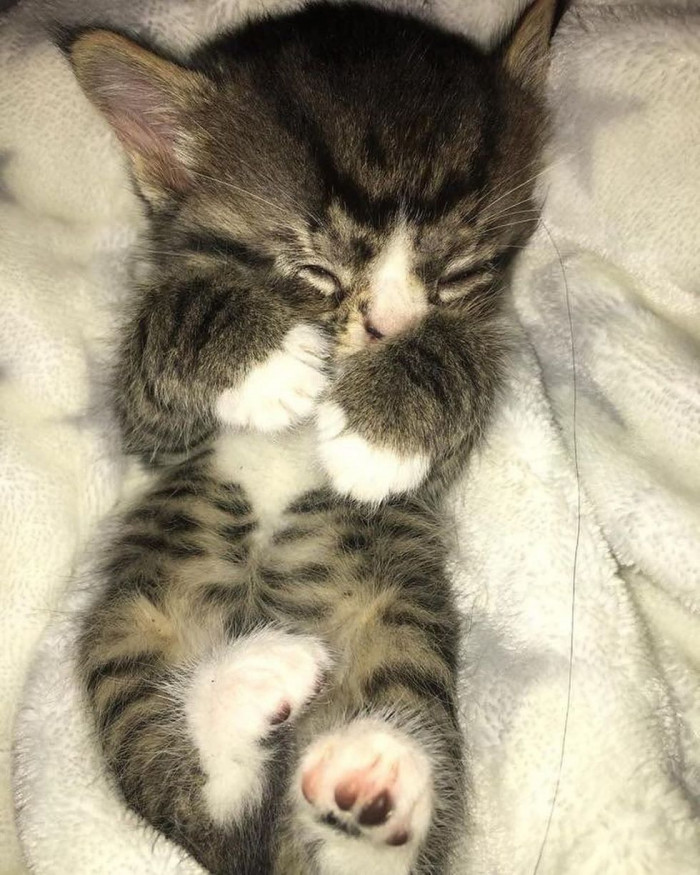 Roughly the same time, not too far away, Davy, a social worker for children with disabilities, had been thinking about getting a cat.

"I live alone in a little rural cottage and thought it would be ideal for an older cat. But my friends began to tag me in posts from Cats Protection, about this little cat with additional needs," Davy told the reporters. 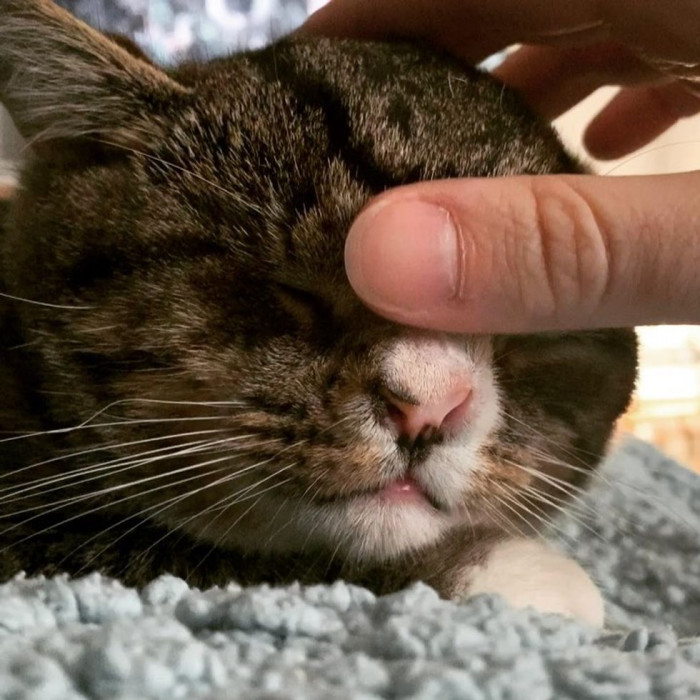 "They felt that I should at least visit him and see what I thought. So I looked, and it was Arlo."

Davy went to visit the shelter and meet the tabby who had just turned one year old. Arlo was a little shy and anxious around people, but when he met Davy, they immediately clicked. 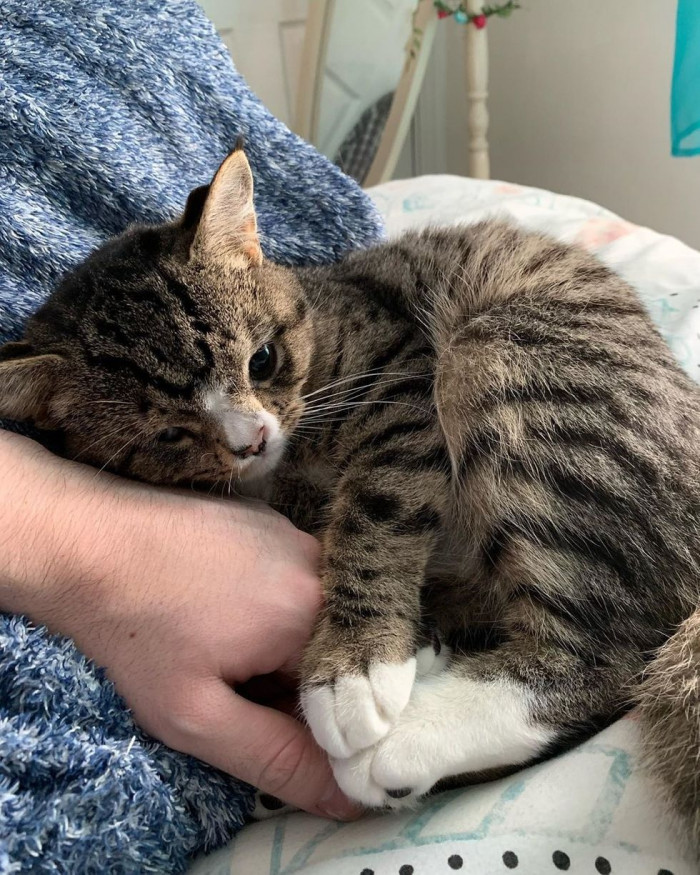 "He approached and gave me a lick, and I took that as a sign that we made a match," Davy told Love Meow. "Just the first glance of him made me fall in love."

Arlo moved to his new home and Davy's lap quickly became his favorite spot. Once a shy kitty became a real cuddle-monster. 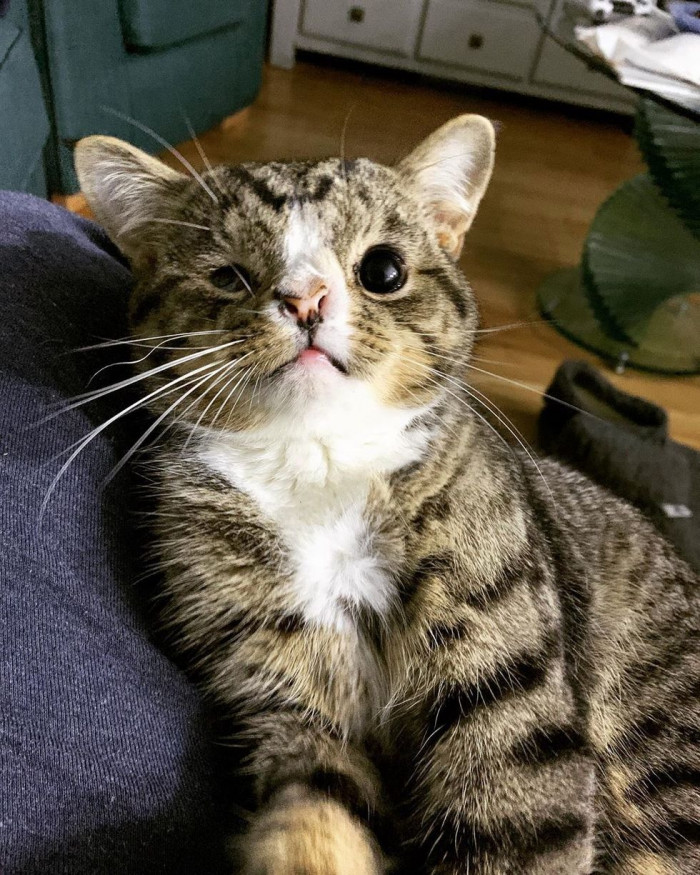 "He's very shy and nervous still, and doesn't like loud noises. But he's so loving," Davy says. "His personality is amazing. He's such a character."

Soon came the first post-adoption visit to the vet’s office. Arlo was brave and hugged every staff member.

During the next several months, the kitty truly thrived. 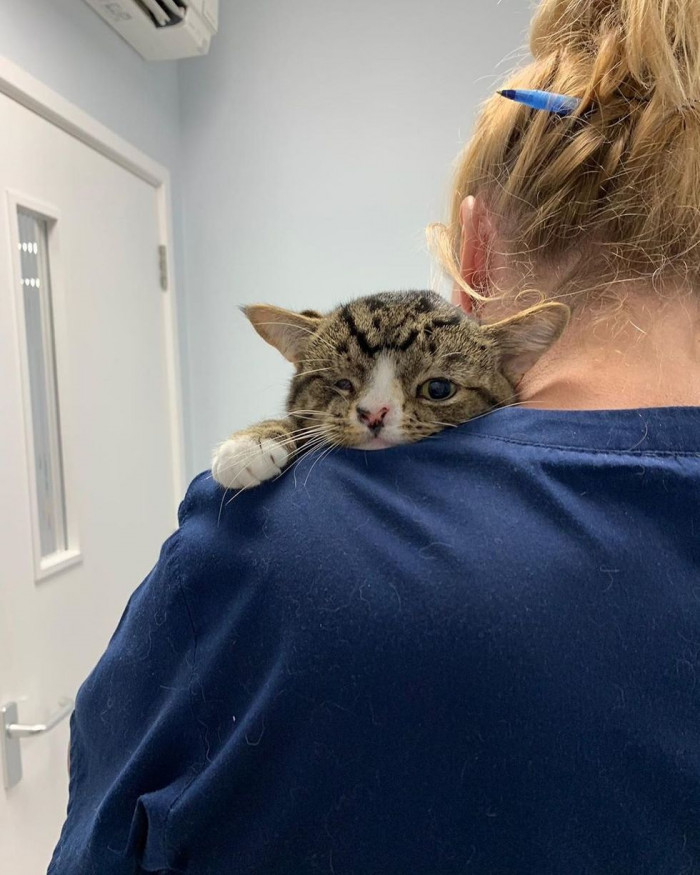 He adores chasing Davy up the stairs or racing him to the bed.

And Davy's slippers are especially interesting. He likes to pull them into his basket and snuggle into them. 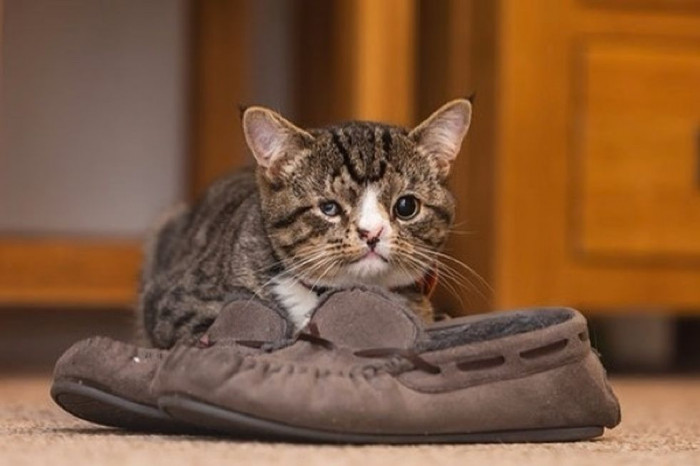 He spends his time relaxing in the window, watching the fish swim around in the aquarium, and then he goes right to Davy for a well-deserved nap and cuddle.

Each day for Davy starts with Arlo waking him up with his adorable purrs. And we couldn’t think of a better start. 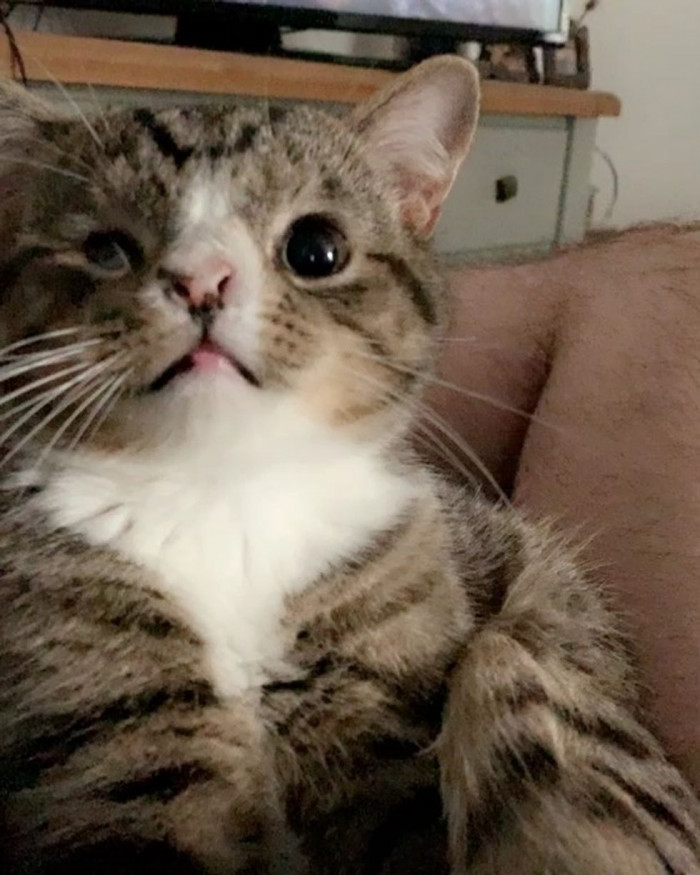 Arlo grew to be a beautiful cat. He is enjoying his VIP life at the home he needed so much. 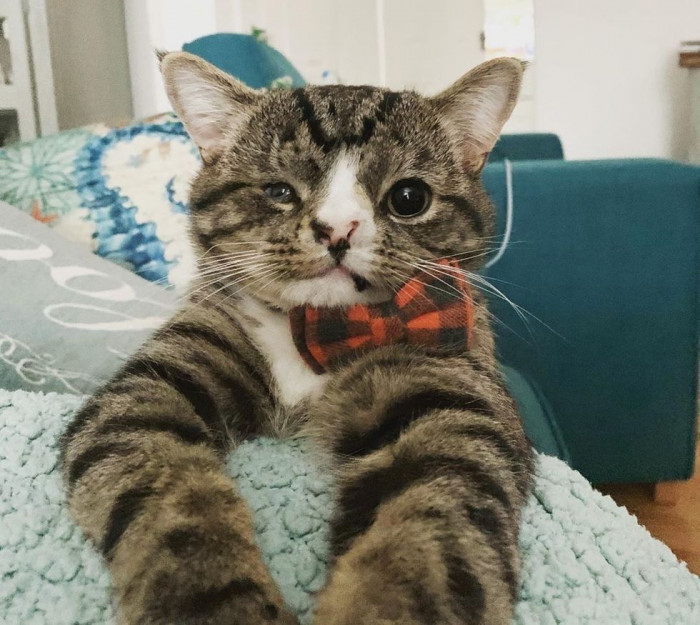