Meet Tombi - the lovable ginger cat who wandered into this third-grade classroom in Turkey last January and made it his home. Tombi first appeared on the grounds of the school, but he didn't stop there. He got brave, and came straight into the classroom, obviously trying to test the waters for a formal education for cats.

The kids loved him, and shortly after that, Tombi became a permanent part of Mrs. Ivaşcu's class. While having a cat in the classroom might not seem like the greatest idea to keep the kids focused, it seemed that having Tombi around had the exact opposite effect. According to Mrs. Ivaşcu, since Tombi appeared, the kids had become far more excited to learn in class.

After learning that a stray cat was in the classroom, one student's parents made a complaint with the school, and shortly thereafter, Tombi was made to leave. Tombi, however, wasn't happy, and he even stopped eating. Mrs. Ivaşcu decided to write about Tombi on social media and from there, his story went viral. He received a lot of support, including from the director of education in Izmir, Turkey. Sure enough, Tombi was allowed to return, and the kids were overjoyed.

Meet Tombi - the ginger tom who made himself a home in this third-grade classroom. 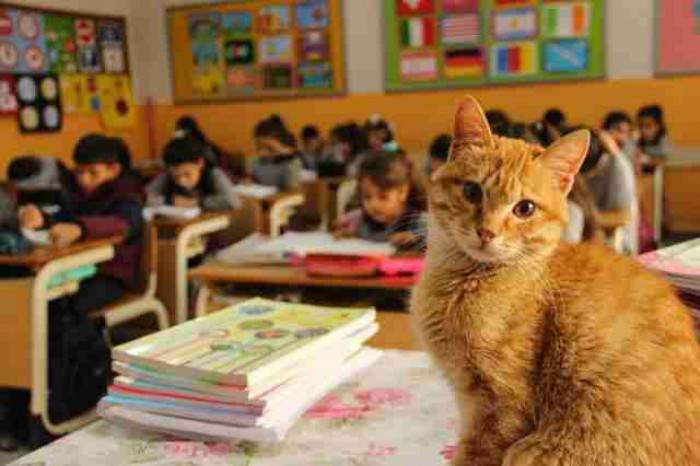 Tombi appeared on the grounds of a public elementary school in Izmur, Turkey last January. 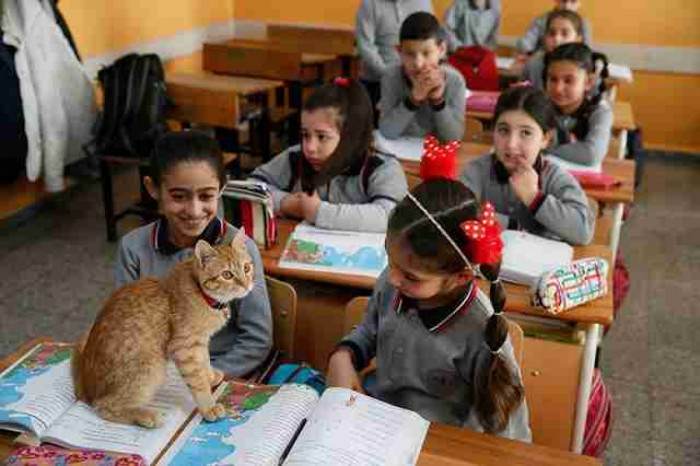 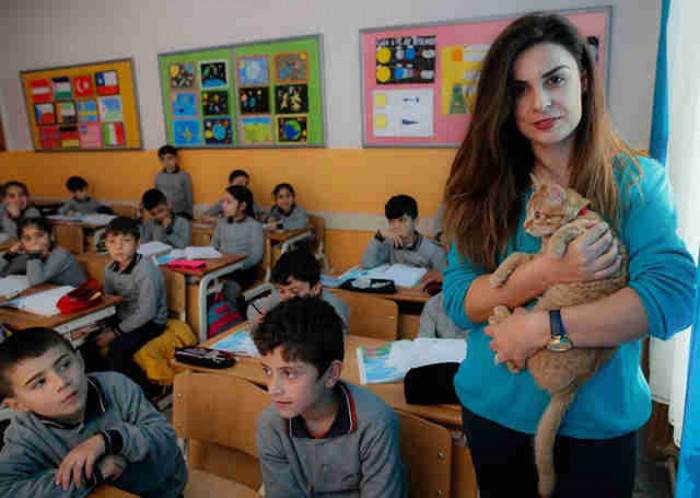 Tombi's playful curiosity has ignited the students' passion for learning. 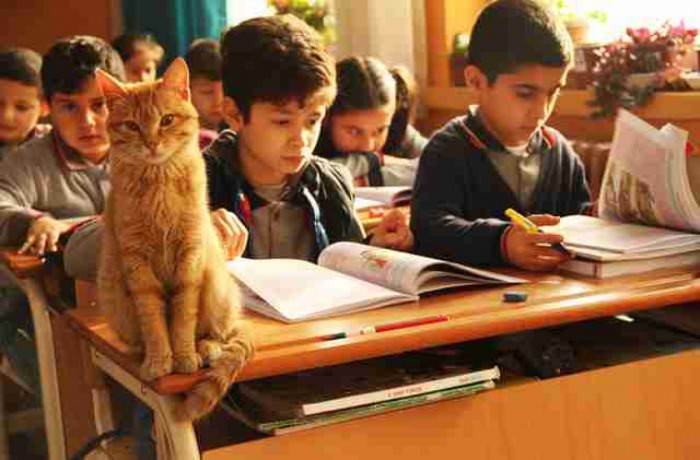 "Children come on time to school, and they are taking care of Tombi". 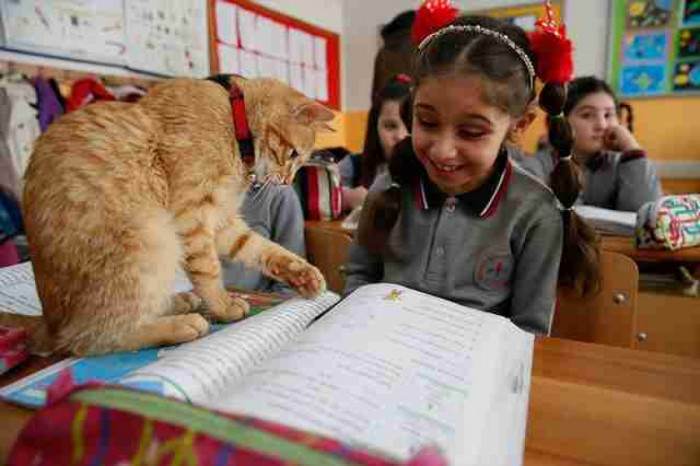 Ivaşcu has taken Tombi to the vet to make sure he's healthy, and has also gotten him vaccinated.

When Tombi stopped eating after being removed from the classroom, Ivaşcu took to social media to share his story. 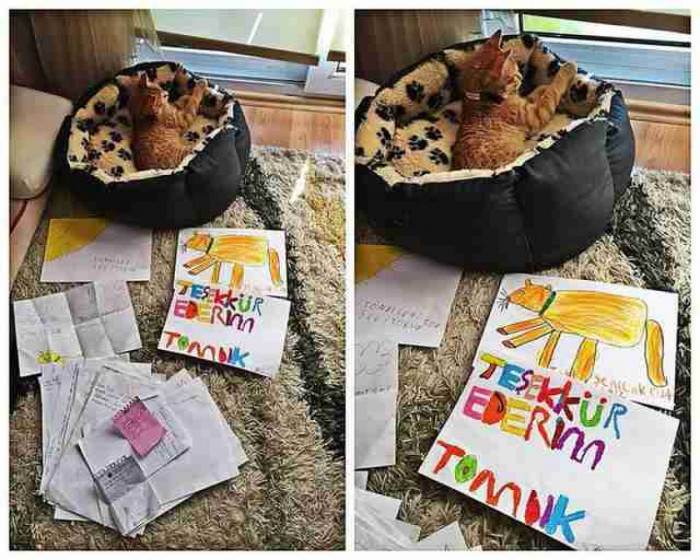 Since Tombi's story broke, a grassroots campaign has gone viral nationwide calling for every classroom to adopt a cat of their own. 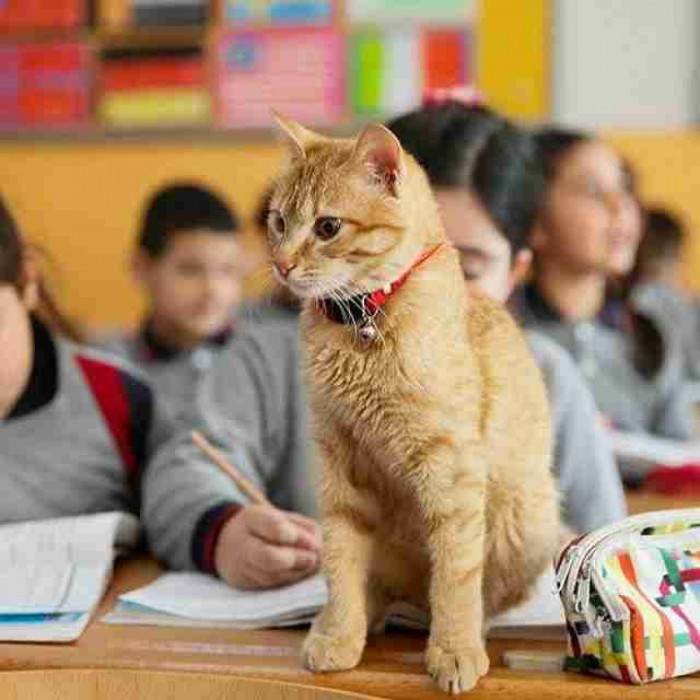