In a vast attempt to bring back tigers from the mere verge of extinction, these photos were shared by Parveen Kaswan. He works for the Indian Forest Service and is also a member of the International Union for Conservation of Nature. In these photos, the mama tigress has five cubs total, which is actually two more than the average litter typically consists of.

In fact, the Indian Prime Minister Narendra Modi said in July last year that his country is "now one of the biggest and most secure habitats of the tiger." It's estimated that India is the home to about 70% of the world's population of all tigers.

This is a massive conservation win for the country after 80,000 tigers were thought to be killed in India from 1875 to 1925. Why you may ask, it's resulted from sports and bounty hunting. How excruciatingly heartbreaking. 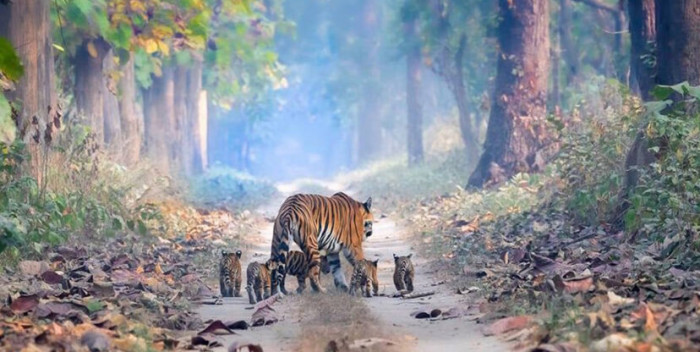 Fortunately enough, in 1972 a law was put in place making it almost entirely illegal to capture or kill wild animals. Making it a strict wildlife protection law. The law stated that the animals were protected even if they were deemed as "problem animals". The country also sought to invest into more forest guards and protection reserves after the conservationists around the globe put mass amounts of pressure on them.

Near 2006, their efforts seemed to persevere and low and behold, a healthy uproar in tiger numbers took hold.

However there has been issues that have arose between human and tiger in the recent years. Mostly due to their being too few habitats for them within the forest, and it pushing closely against what was available to sustain the number of tigers living in India. Of course, unless the decision was to be made to have more reserves built for this purpose. 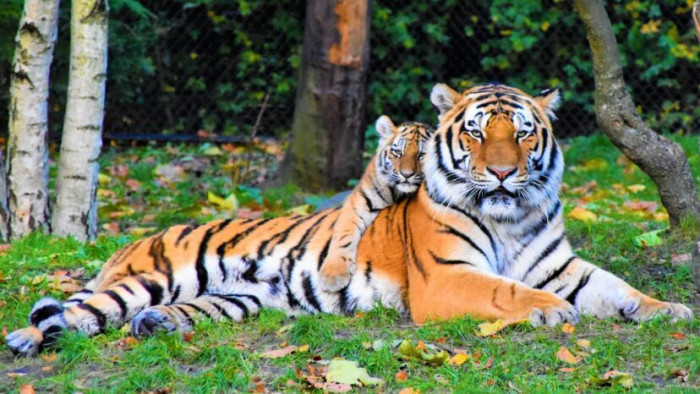 Our hope is that India will continue to strive forward with it's dedication in protecting and growing the tiger population, and doing in a way that won't continually create future conflict.

Kaswan's remarkably extraordinary photo showcases that the country is doing a great job thus far, and the creation of a safe environment for this particular species to thrive is crucial.

This is magical picture. Count the #cubs with #tigress. I know for a reason how few people will be elated after seeing this. Efforts are helping in making this species bounce back from verge of extinction. PC Siddharth Singh. Magical Terai. pic.twitter.com/ZIaMlUAxBj

It is our duty to preserve the souls that live on this planet, it is not only ours, but the animals that inhabit it as well.