After countless people were put off by his Dracula-like fangs, a rescue home cat finally found a forever home. Timmy is a nine-year-old black cat who was unfortunate enough to be born with vampire-like teeth that stick out of his mouth.

Around three months ago, the lovely moggy was taken into a rehoming center in Lewknor, Oxfordshire called the Blue Cross.

With most cats finding owners within a month, a lot of people feared that he will never be able to find a home because of his Dracula-like fangs. But due to his 'affectionate' and 'loving' nature, Timmy was finally able to charm his way into getting adopted by cat-lover Ann Drummond.

She said: "We saw him on the Blue Cross website and thought he looked and sounded great. 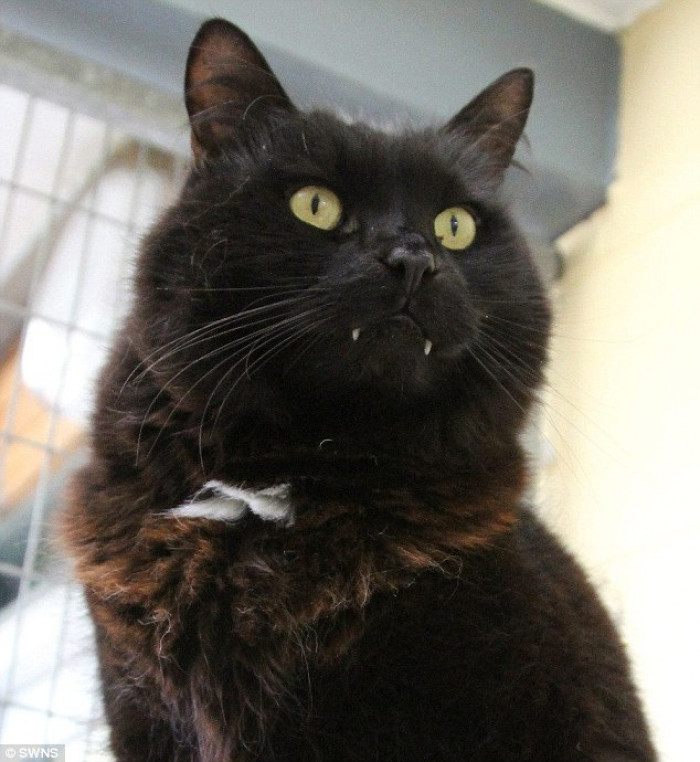 His fangs didn’t put us off at all - he’s the sweetest, friendliest cat.

Our previous cat had one fang so he reminded us of her. Timmy’s such a character and we love him to bits.'

Re-homing black cats has always been difficult thanks to myths and superstition, which makes people think that they will bring them bad luck 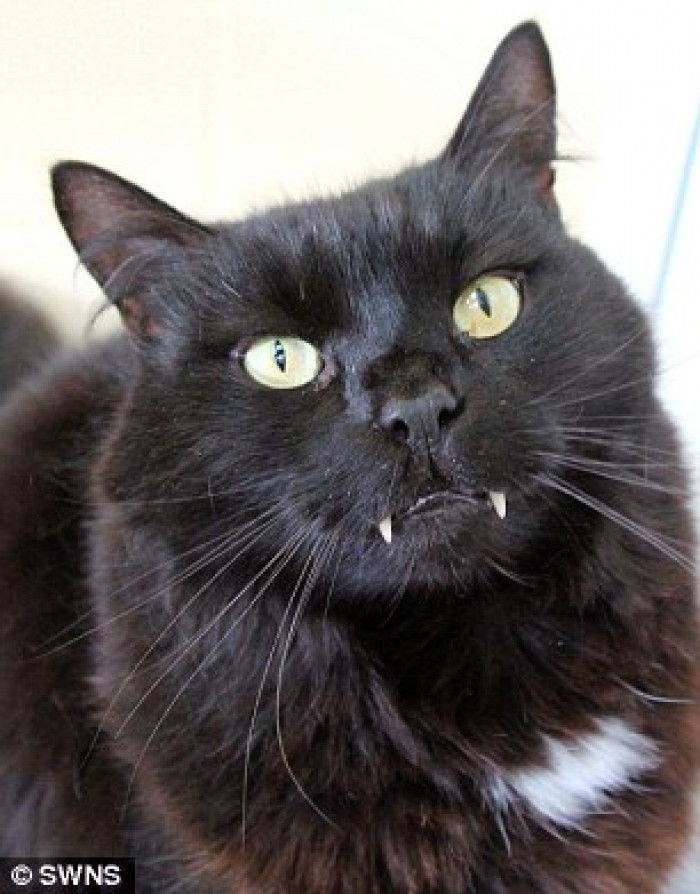 Timmy risked spending the rest of his life alone considering the fact that he has been returned to Blue Cross on four different occasion for unknown reasons. 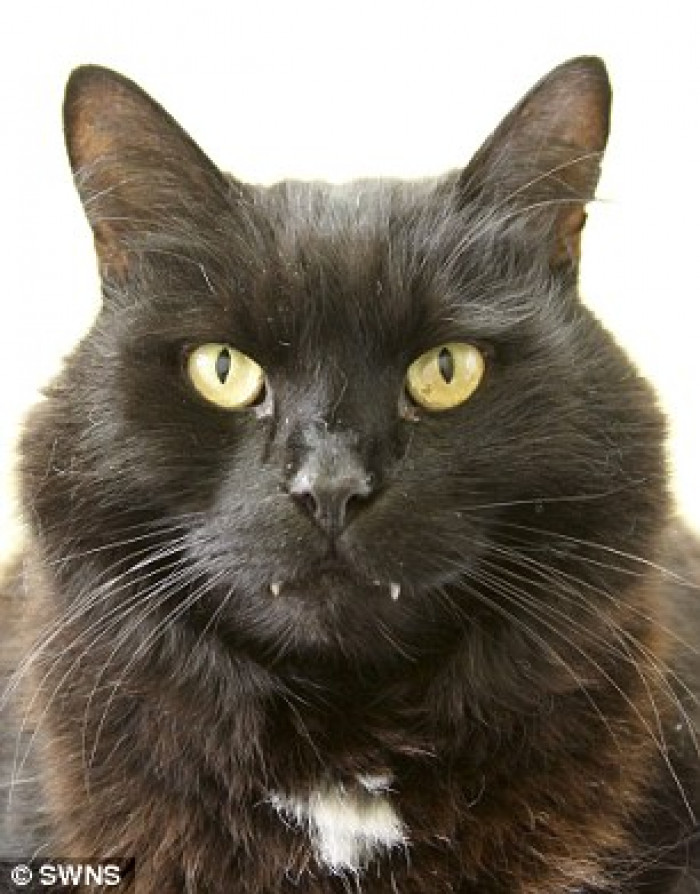 'Timmy got lots of attention while he was with us because of his unusual appearance, and we were worried it would put people off giving him a home.

'Luckily his wait paid off and he’s found a great family who adore him.'

'The only supernatural powers Timmy possesses are ones of unconditional love and affection, just like any other cat.

'Despite the similarity to the vampire villain, Timmy is a friendly chap and we’re delighted that he has become part of a family again.”