Every year 3.2-3.4 million cats enter animal shelters. And every year nearly 2 million of them are euthanized. Adopting cats from animal shelters is the easiest way to combat that depressing statistic and for one 13-year-old girl in Texas, that's exactly what she used to motivate or convince her dad to let her bring home a cat of their own.

In fact, 13-year-old Peyton was so determined to convince her dad that their little family needed a cat to join them that she spent nearly an entire hour creating a "wall of sorrow!" Intrigued by her moving story, we set out to learn more! 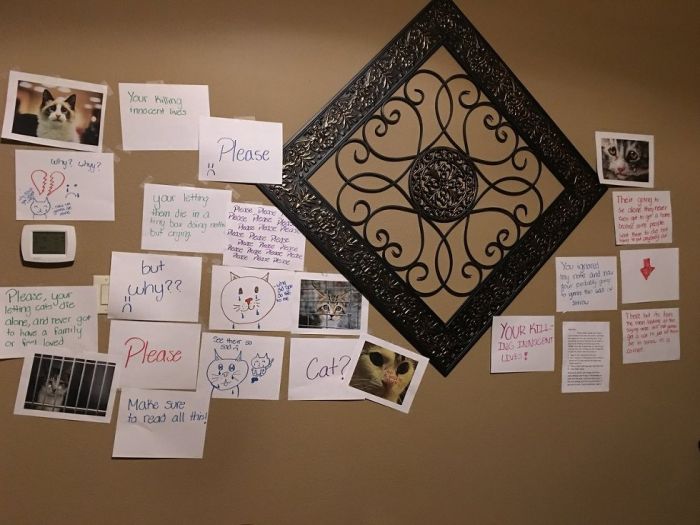 13-year-old Peyton is very close with her father but ever since her 19-year-old cat passed away two years ago, she has had a tough time not having a cat in her life. Her older sister, who is the reason their story went viral, told Metro.co.uk:

She’s wanted one ever since our other cat died of old age about two years ago. 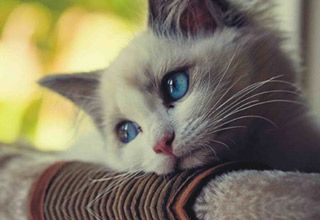 Peyton's older sister is Danielle Grubisic and she is a student at Midwestern State University in Texas. She posted the photos of her sister's epic plead to their father on Twitter and the post went viral ridiculously fast. At this point the single tweet has been retweeted over 64k times! Danielle told LoveMeow:

My sister has been begging my dad to get another cat. Her birthday was December 9th, and her wish was to get a new cat so she decided to make a 'wall of sorrow' which took her about an hour to do. 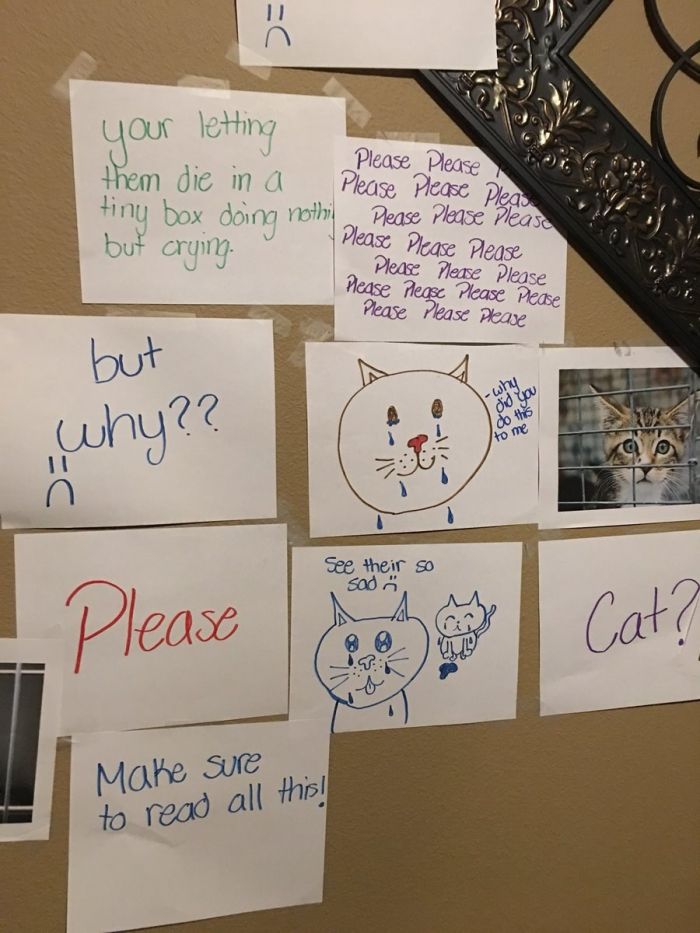 In Peyton's "wall of sorrow" she included pictures of shelter cats looking sad, wrote a bunch of little messages intended to tug at his heart strings, and included a note with instructions that he "better read" all of them!

She thought it would show my dad how badly she wanted a cat and that she could take care of it. 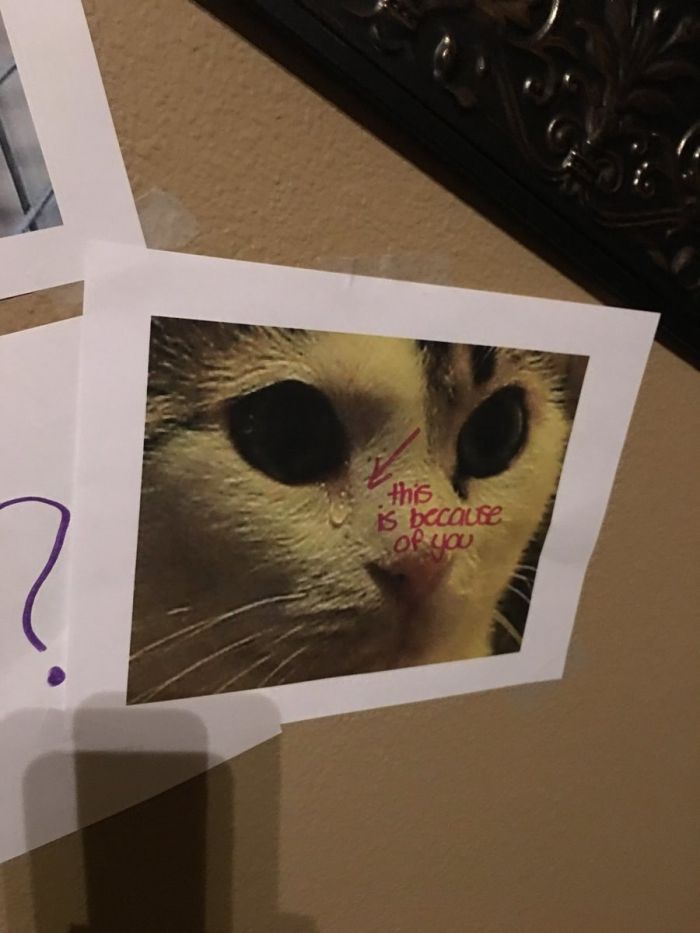 But her plan worked! Peyton's dad took her to a local animal shelter called "Watauga Animal Shelter" where they found a 2 year-old cat named Mittens. Mittens had been in the shelter for a great deal of time and Peyton? Well, she fell in love with Mittens and was happy and eager to bring her home. 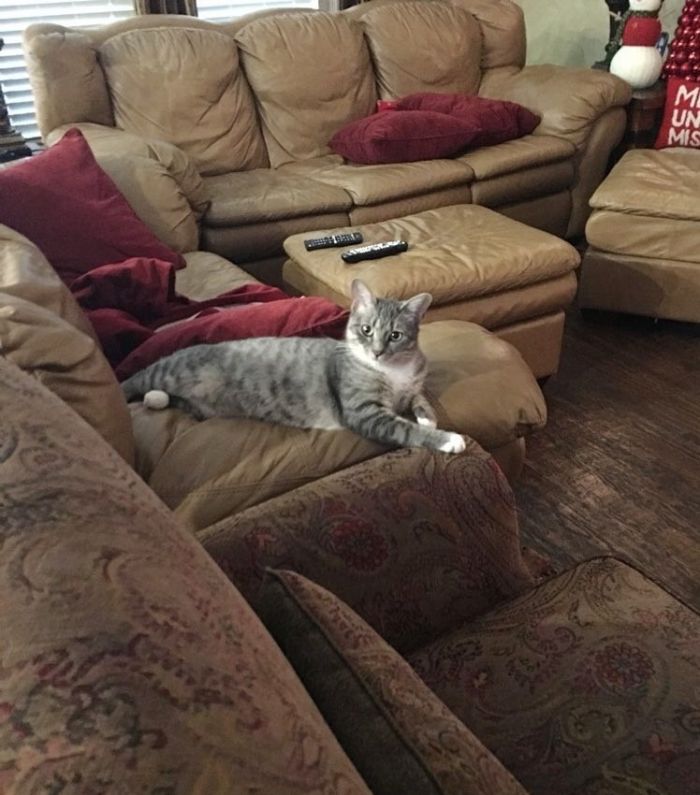 She loves her cat and they've been cuddling together since we got her.

But that's not all, of course. As happy as Mittens is in her new home, she hasn't hesitated to express her gratitude to daddy, too! 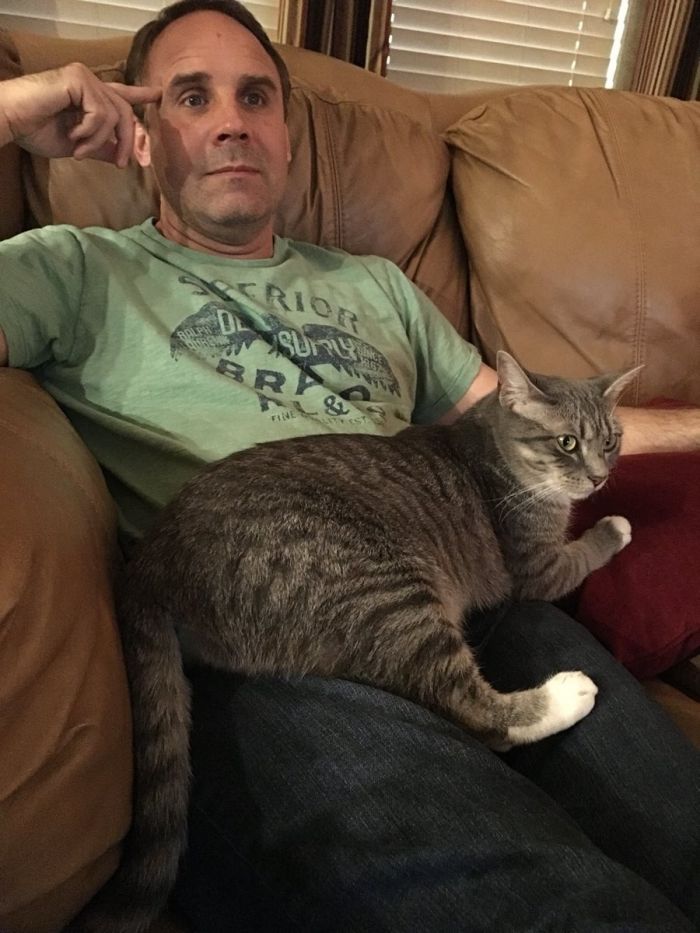 It was probably that final photo of dad with Mittens posted on Twitter that really sealed the viral deal. It's the priceless finish to an epic saga. 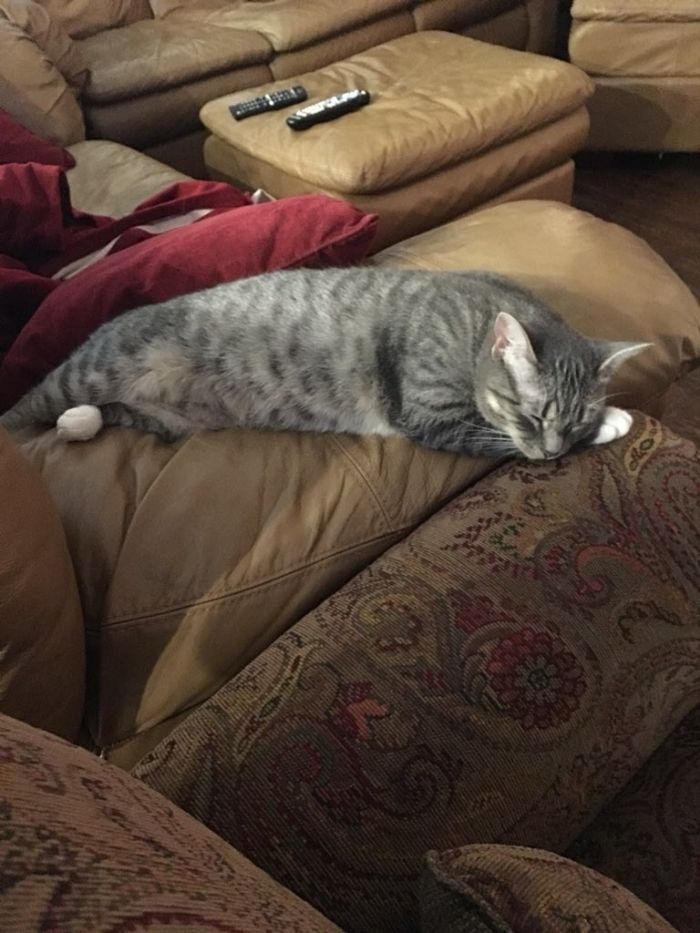 Peyton knew in her heart that 2 years without a cat in her family was long enough and clearly, having Mittens is just what their family needed. You could say Peyton needed Mittens as bad as Mittens needed Peyton!

If Peyton can get a cat, then Natalie can get a dog. Right?

Puppies and kiddies for everyone!