A couple years ago in Maha Sarakham, Thailand a trend emerged: "Dinosaur Haircuts." Appropriately dubbed, these feline fashion hairstyles intend to remind you of an ancient roaming stegosaurus, and they do their job well. Ever since a video on YouTube went viral displaying the trend that was sweeping Thailand, the trend has grown exponentially and reached far beyond the reach of Asia. Across the globe, ridiculous humans have been getting their precious puss the perceived perfect haircut.

There's just one problem, based on the evidence presented here today, cats freaking hate this haircut. We like to think that cats are intelligent enough to know when they are the butt of a joke, and quite frankly, everyone who sees a stegosaurus shaved cat is definitely going to laugh. I've got $5 that all of these cats would eat their owners a little too fast if they died in their homes.

This cat has endured quite the hardship and is doing a good job of not displaying their emotions. But don't worry, that lack of complaint will not secure your safety when the lights go out. 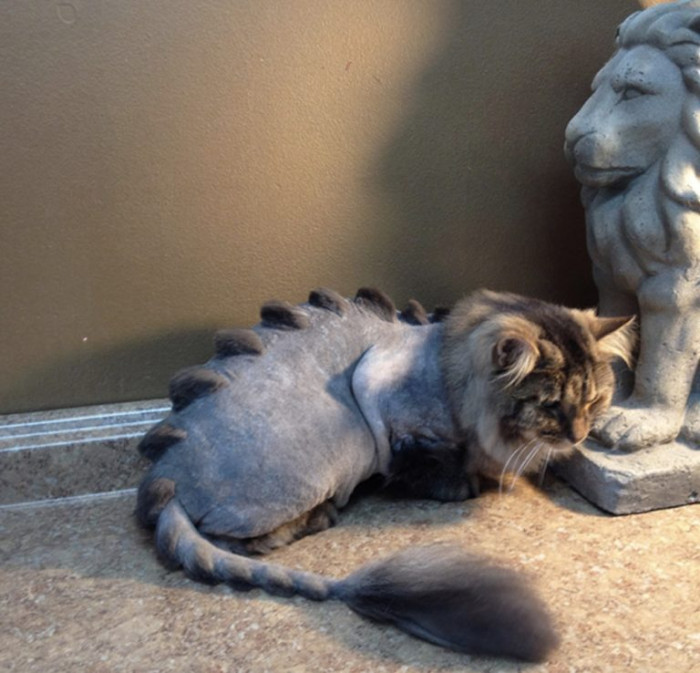 This may be a well-done haircut but that doesn't excuse your ridiculousness, Karen! 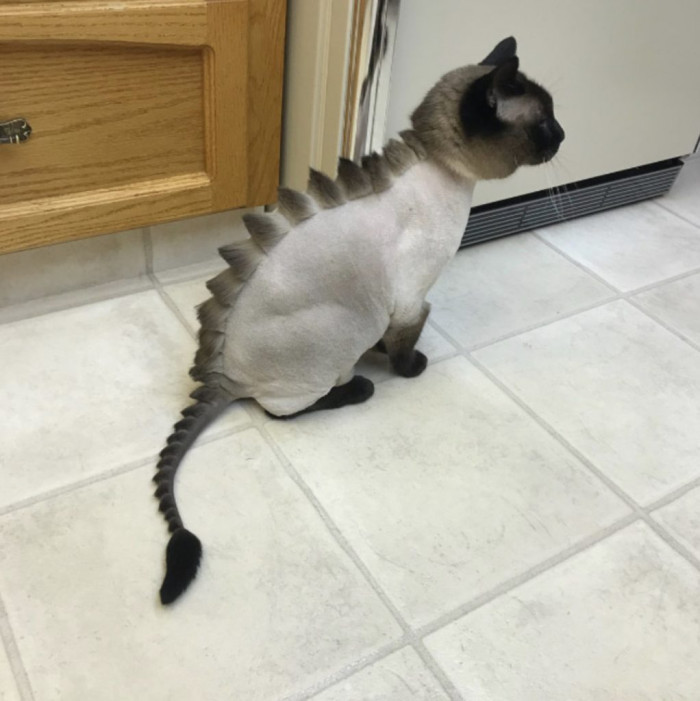 If you can't even get someone who is good at these haircuts to do your cat's fur... that's just rubbing salt in a wound. 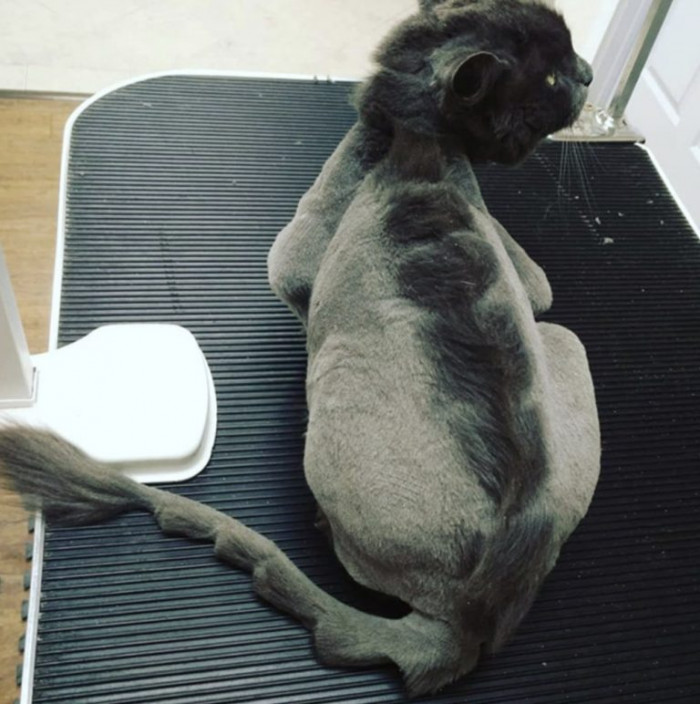 Speaking of rubbing salt in a wound... 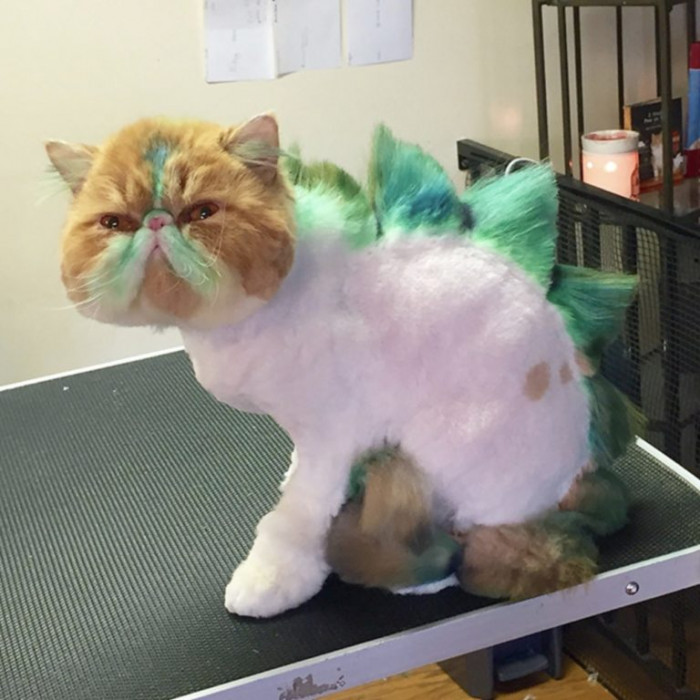 "Do you think this is a joke, Susan?"

"We'll see who is laughing when I puke in your favorite shoes later." 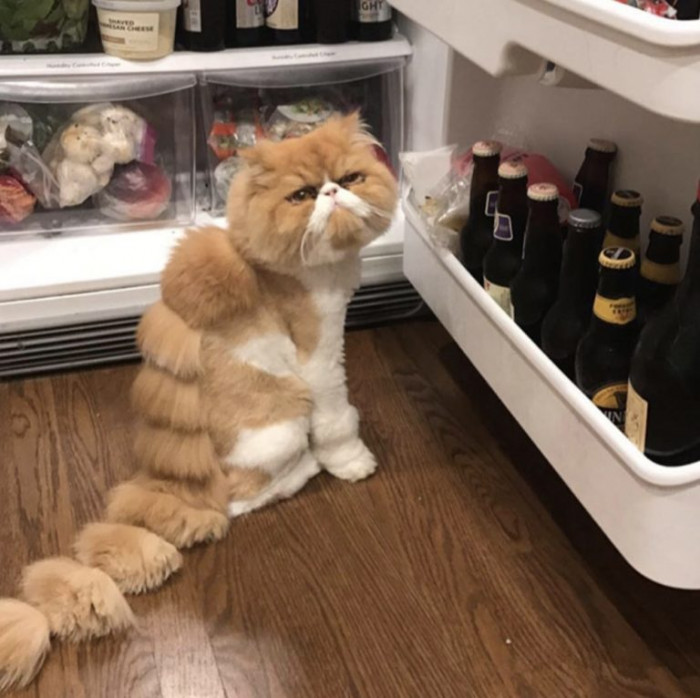 At least this stego-cat-asaurus still has a fancy lion's mane. 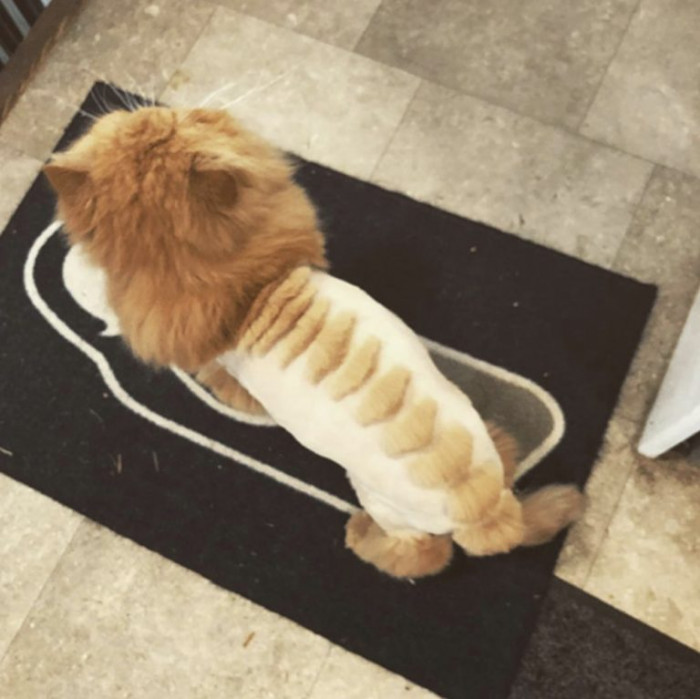 "Purr-fect, let me stretch before I claw your eyes out." 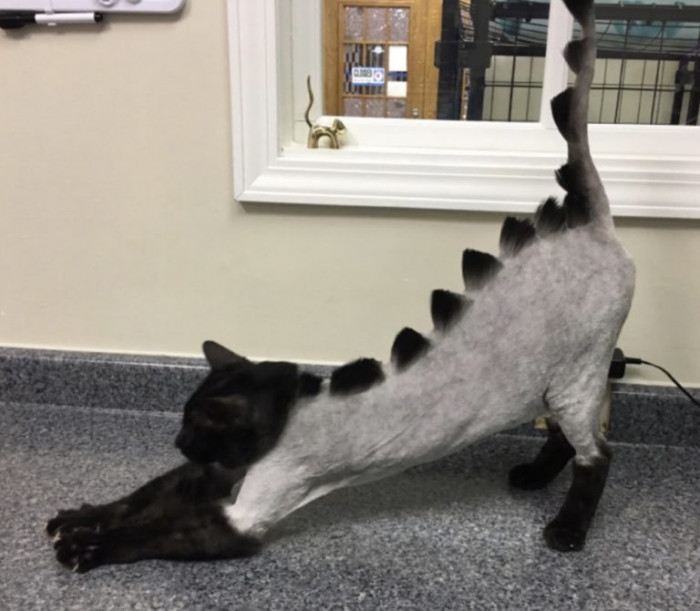 Alright, this one is a little clever.

Until you look closely, it's almost hard to tell those ripples aren't fat rolls. 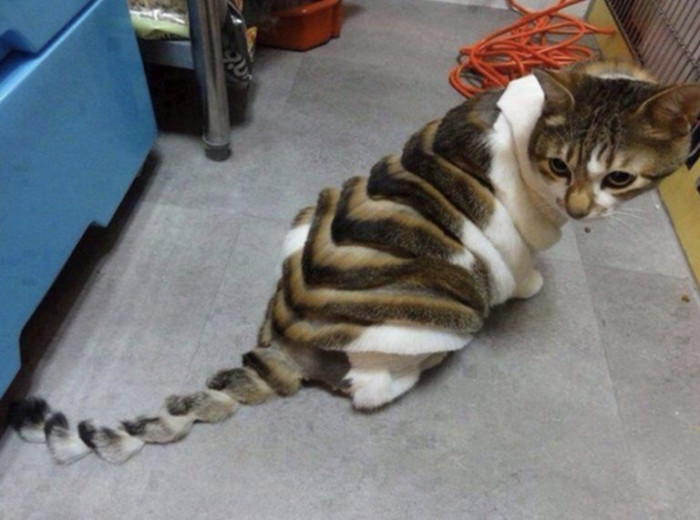 This cat is channelling his inner Silence of the Lambs before he eats your corpse. 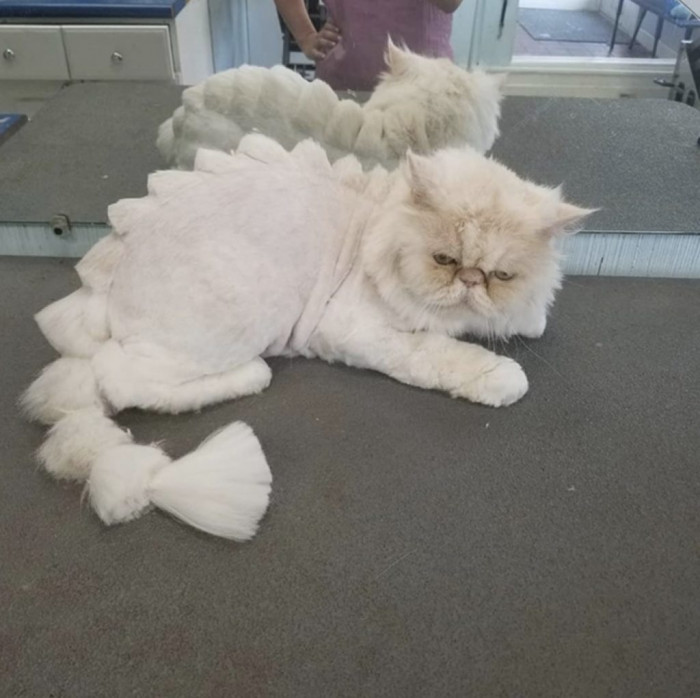 I have so many questions.

At least one of them is to wonder if someone put product in this cat's spikes. 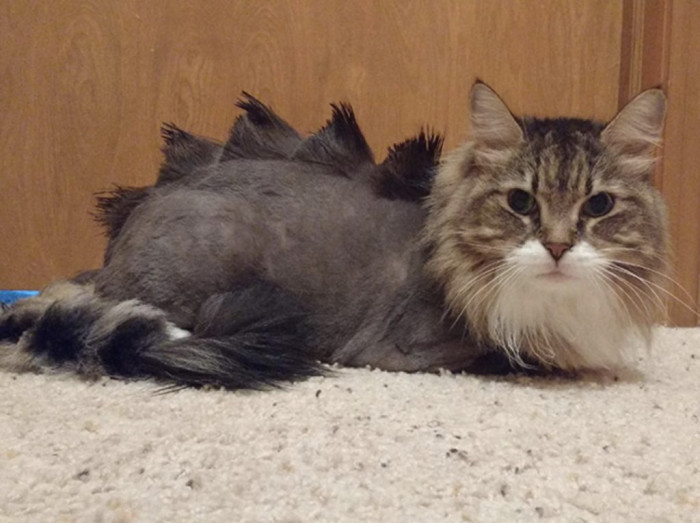 He can't even look at his owner, he's that mad. 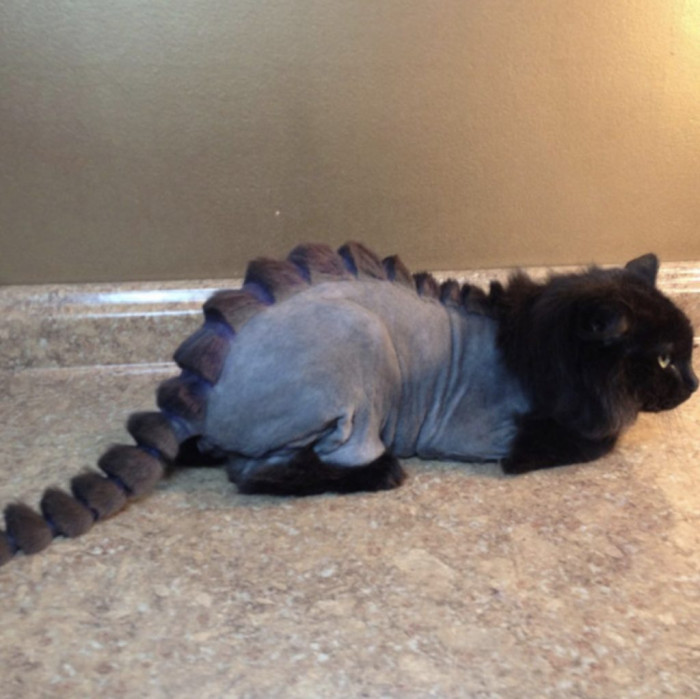 From stunning to stunned.

Don't get me wrong, this is a beautiful cat. But why is this haircut a thing? WHY? 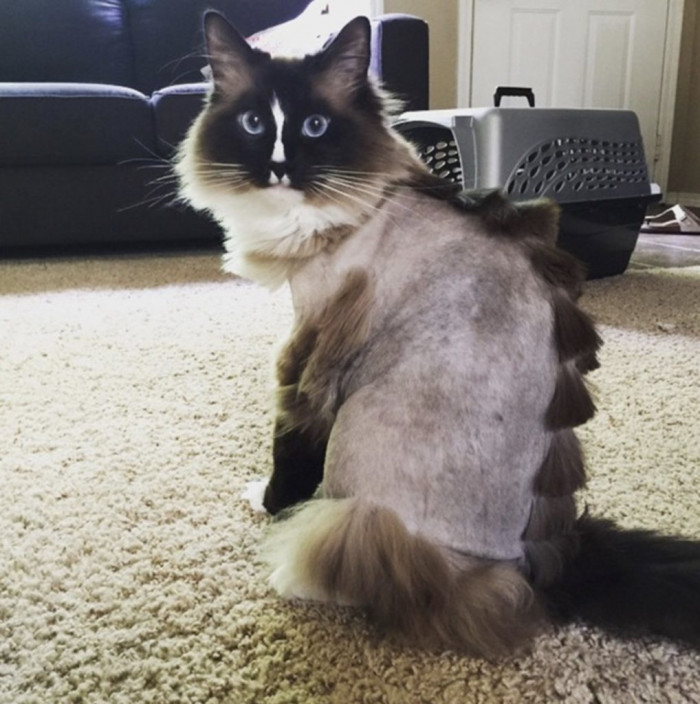 That look of pure innocence.

Soon to be lost innocence when all the neighbors begin whispering and giggling. 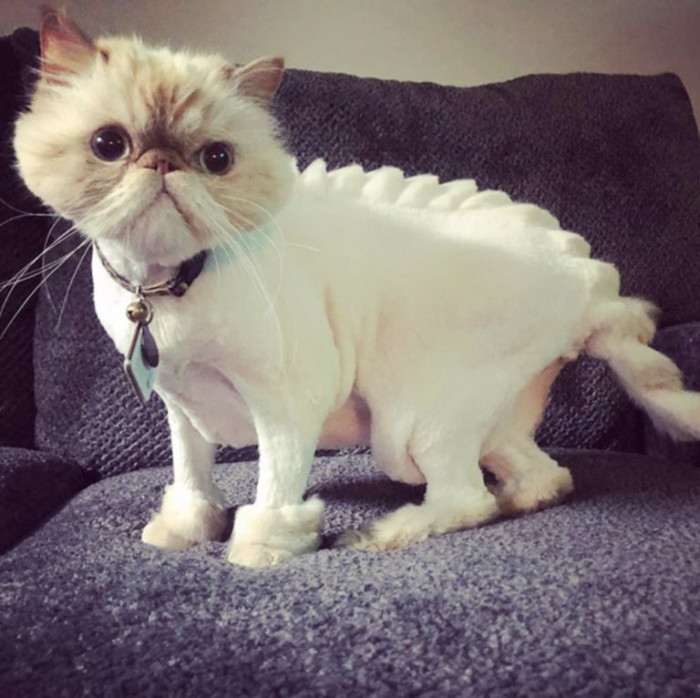 He's sitting as still as possible in hopes that no one can actually see him. 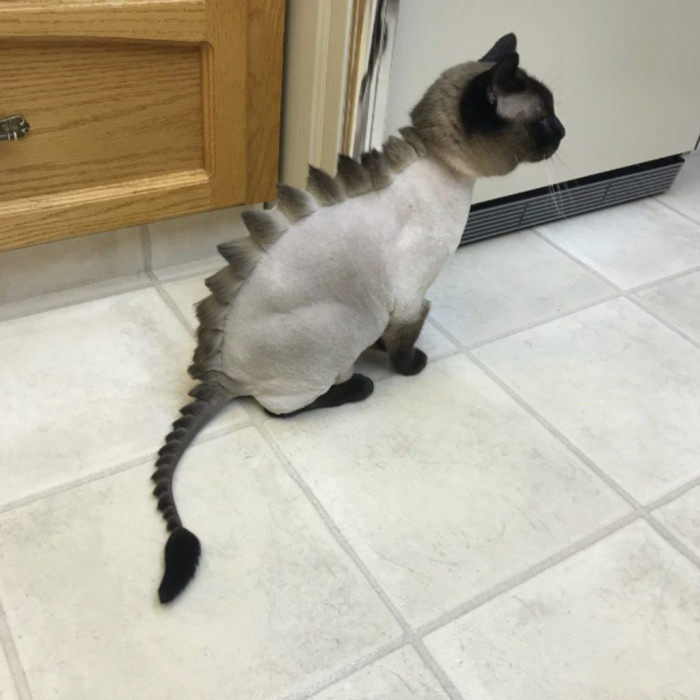 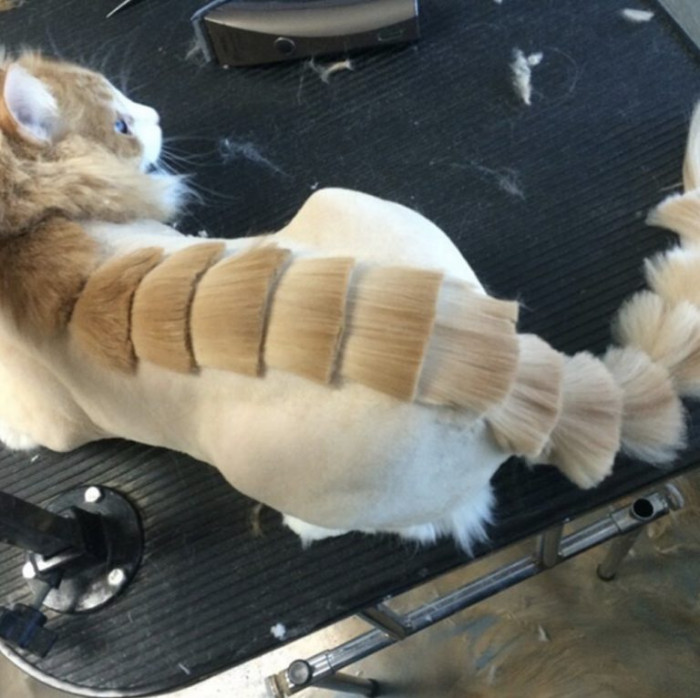