Bethan Stewart, 28, was about to give her cat a lecture after he threw up a mouse he had for breakfast all over her kitchen tiles.

But resentment turned to shock when she saw a sparkle of gold in the vomit, furs, and bones.

She plucked out the ring, polished it up and found the initials LLP & PRDH and a date -

Bethan, from Maryburgh near Kelty, Fife, didn’t have a clue where her cat Baloo collected the little 9-carat band.

She is now trying to find the ring’s owner.

“At first, I was annoyed with Baloo for making the mess, but as I went to clean it up, I saw the gold wedding ring, and I couldn’t believe my eyes,” says Bethan.

“I phoned my husband, Barry, at work to tell him about the find and at first he thought I was winding him up. The ring was quite tarnished but once I’d cleaned it up it really is a beautiful thing. The date would make whoever the ring belonged to be at least in their 70s today and I am just desperate to solve the mystery of who the couple were. There can’t be anything more personal than a wedding ring so we’d love to reunite it with the owners or the family.”

Bethan believes that Baloo found the ring in a nearby forest as he was stalking his prey.

“We’ve checked with all the neighbours to see if they can throw any light on the initials but we are no nearer finding out who the couple are,” she added.

Bethan and her cat. 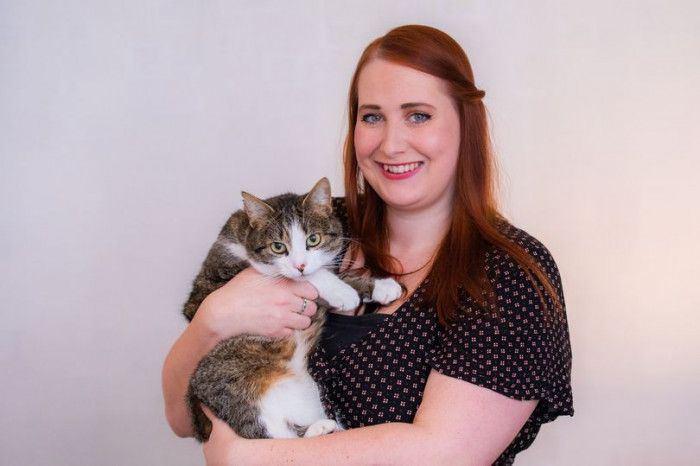 “I just hope that the initials or the date will trigger someone’s memory or alert someone to come forward. It would be nice to find out more about who the couple were, but more importantly to reunite them with such a personal and poignant item.”

Bethan said she plans to hand the ring in to Cowdenbeath police station and is asking for anyone who may have lost it, or recognizes the engraving to contact her.

The ring in question. 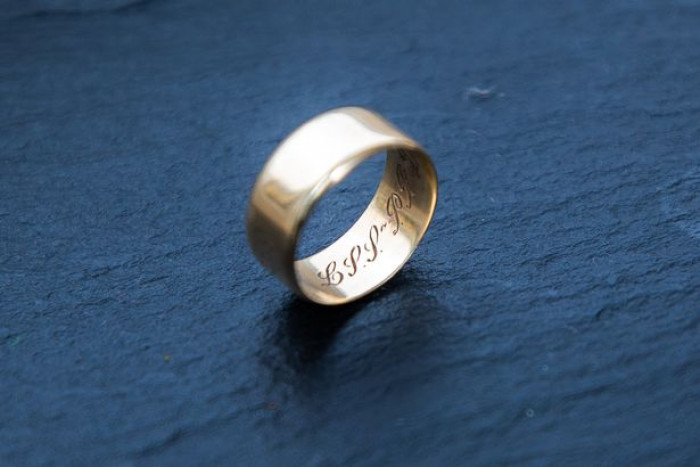