The North American Ringtail Cat Is About To Become Your New Favorite Animal, Ever

Move over domesticated cats. Get out of the way skunks and opossums. Watch your back trash pandas. There's a new adorable animal making it's way through Internet fame and it's about to surpass you all in cuteness and popularity points: the ringtail cat, a wild animal native to North America.

The ringtail cat is found mostly in the west and southwestern areas of the United States of America, but they've managed to be simultaneously common and elusive, no small feat. But that won't stop us from hardcore fan-girling over the little critters because by golly they're just so freaking cute.

Are you ready to learn all about the ringtail cat?

Notoriously shy and wary of humans, the ringtail cats are closely related to the raccoon. Of course, we've all seen our fair share of the raccoon! Ringtail cats may have cat in the name but they're not even related to felines at all. As cousins of raccoons, they belong to an animal family known as Procyonidae. The ringtail cat probably acquired it's cat-centred name as opposed to "elusive but adorable raccoon thingie" because it possesses some adorable similar characteristics of our beloved cats. I'm sure you're dying to know what... Much like cats, the ringtail cat cleans itself by licking its forepaw then uses it to wipe and clean its ears, face and snout. Ringtail Cats have a variety of nick-names, too. Sometimes they are referred to as "miner's cats," particularly in areas of the Midwest where they are typically spotted "mining" camps, hunting for the rodents that were attracted to the miners and their yummy food. I suspect by the "who, me?" facial expression on this civet cat, that he knows what we think of his stinky butt. Surely by now you've noticed their precious as heck bushy tails (which tend to be longer than the entire animal itself,) but that's not all that is im-paws-ible not to notice about them. Courtesy of their large, dark brown eyes and their vivid, white masks, all topped with the cutest pointy ears we've seen in ages, the ringtail cat looks an awful lot like another favored critter: the fox. The ears and mask aren't the only things the ringtail cat has in common with foxes, either. Just like foxes, they have developed a set of sharp teeth. These particular teeth are perfect for their omnivorous diet, primarily consisting of rodents, insects, rabbits and ground squirrels, but also fancy plants, acorns, berries and other fruit upon occasion. Additionally, they're known for being "agile climbers" and very proficient hunters. You'd think a critter that eats rabbits would have to be skilled, but since they live in the southwest of North America it might not surprise you to know they hunt and munch on birds, frogs, lizards, and even snakes as well! They're very versatile animals when it comes to nutrition. The ringtail prefers to live in rocky habitats associated with water. These areas can include riparian canyons, caves, and mine shafts. Ringtail are excellent climbers capable of ascending vertical walls, trees, rocky cliffs and even cacti. They can rotate their hind feet 180 degrees, giving them a good grip for descending those same structures. They have excellent eyesight as well as hearing, both helpful adaptations for a nocturnal animal. But ringtails aren't all predator and effective hunter, climber extraordinaire. They're also vulnerable of becoming prey because a wide variety of animals are more than happy to munch on ringtail cats themselves including: Great Horned Owls, Coyotes, Bobcats, and Mountain Lions! I'm sure that's where their hiding and climbing expertise comes in handy. Ringtail cats weigh about 1-2 pounds and are 24 inches in length (including the tail). Ringtail cats may be mostly nocturnal and typically avoid contact with humans, but what you can't see... in this case you can hear, courtesy of their notoriously loud and varied range of calls. In the wild a ringtail will live around 6-9 years. They live much longer in captivity. In August 1986 the ringtail became the State Mammal of Arizona. Adult ringtails communicate with each other via "loud barking" or a "long-high wailing." However, younger ringtail cats speak in a series of chirps and squeaks. Skunks and opossums have been domesticated, even raccoons have on occasion, so that has left us curious about the ringtail fox. According to "Ringtails in Redword Park":

The ringtail is said to be easily tamed, and can make an affectionate pet, and effective mouser. Miners and settlers once kept pet ringtails to keep their cabins free of vermin. The ringtails would move into the miners' and settlers' encampments and become accepted by humans in much the same way that some early domestic cats were theorized to have done. Often a hole was cut in a small box and placed near a heat source (perhaps a stove) as a dark, warm place for the animal to sleep during the day, coming out after dark to rid the cabin of mice. Ringtails have been reported to exhibit fecal marking behavior as a form of intraspecific communication to define territory boundaries or attract potential mates. It was school children who voted the Ringtail Cat the state mammal of Arizona in 1988. When ringtail cats mate, they will have 2–4 cubs in a litter. Although humans are one of their top predators, ringtails are not killed for any economic purpose as their fur and meat are not considered valuable. Instead, ringtails are usually killed because they are pests to farmers, damaging poultry and orchards. Ringtails can be kept as pets. As well, if one wishes to spot a ringtail, they are widely distributed in California and can be seen in mountainous regions like the Sierra Nevada. According to Big Bear Zoo:

The oldest Ringtail on record in captivity was 16 years old. There are 14 subspecies of ringtail that can be found in Central America, northern parts of South America and southern parts of North America. They inhabit forests, canyons, and arid rocky areas. Ringtails can survive on the altitude of 9.500 feet. Farmers often kill ringtails to protect their crops. Also, they are prone to viral diseases. Despite that, ringtails are numerous in the wild. They are not on the list of endangered species. Ringtails are territorial animals. Size of a territory can range from 44 to 514 hectares, depending on the available sources of food. So, how does the ringtail cat stack up to you? Cute as heck? Cuter than the cute competitors? Let us know what you think! 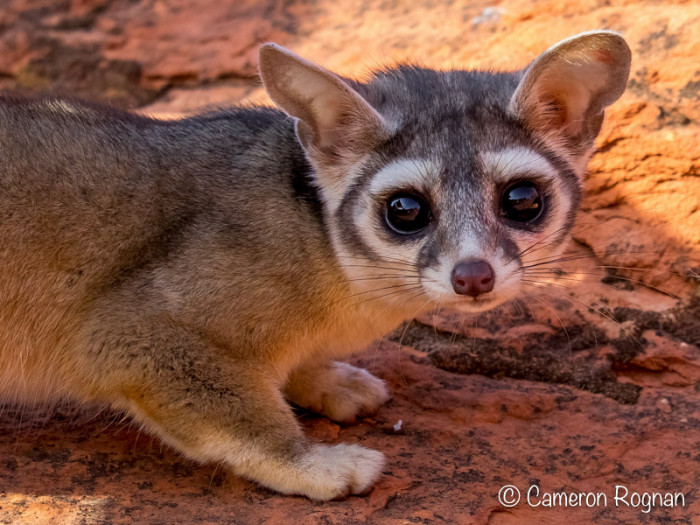