Gregory Breton who is the director of Panthera France was on an expedition with his colleague that was long and tiring, and they were seconds away from giving up their trip on September 25th until they managed to seek out something in the bushes that had never been seen in the wild before.

At 2 am, three pairs of energized eyes glared at them from the darkness that consumed the shrubs they were resting in. Gregory and his colleague pulled out their spot lamps and investigated what these creatures were, and what they found was a group of young sand cats in their natural habitat. Surprise!

It was in the Moroccan Sahara that these beauties were disccovered. 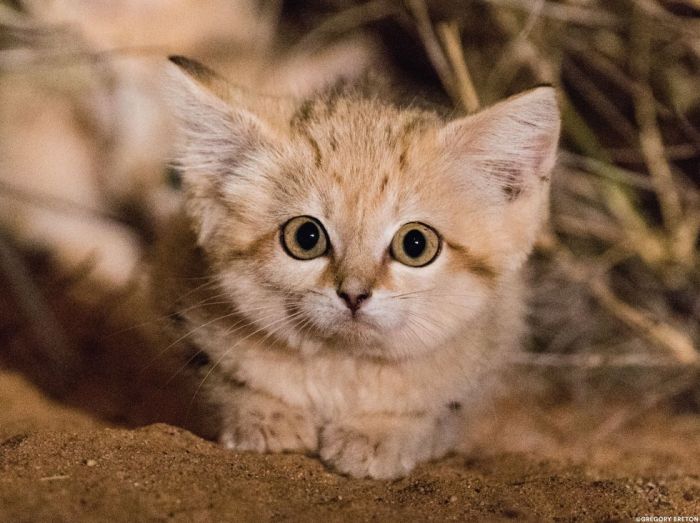 Sandcats usually aren't seen in the wild because of the sneaky traits they hold, and they tend to prefer to be hidden away from everything. Gregory and his colleague Alexander Silwa were shining beams from spot lamps off the roof of their car when they spied out the playful trio.

Sand cats are usually camouflaged due to their distinctive coat and are very stealthy creatures who leave no trail so photographer have an impossible time finding them. For Gregory and his team, it was a different case. 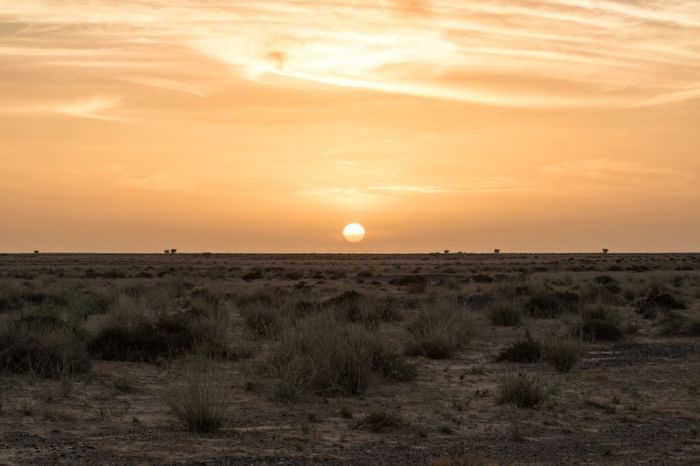 The Sand Cat kittens were only 6-8 weeks old in estimation.

"We believe this was the first time researchers ever documented wild sand cat kittens in their African range," said Gregory. 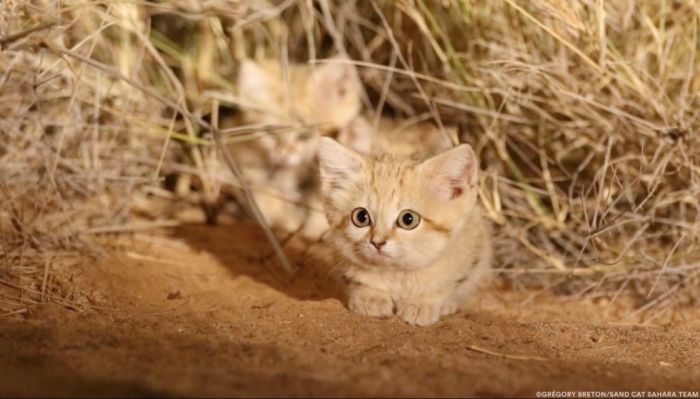 The gorgeous babies huddled together and eagerly watched Gregory's team at work. 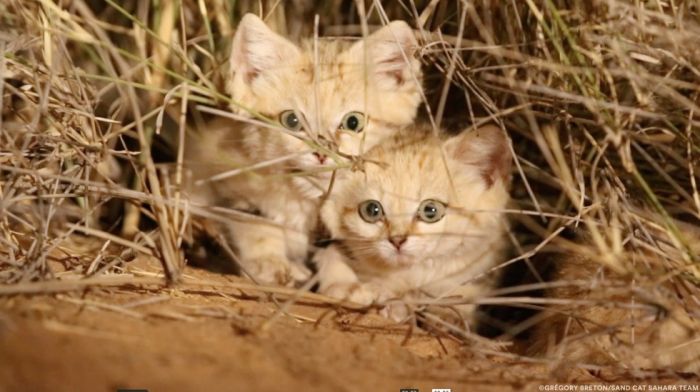 Watch the footage of the brilliant discovery:

After the team had enough shots of the kittens, they started to pack away their equipment but noticed someone watching them in the distance. They believe that this was the kitten's mother keeping an eye on the team and what they were doing! 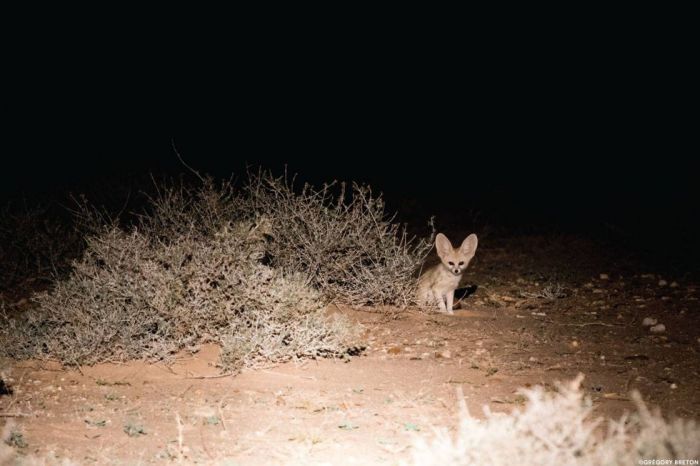 Gregory talked about his experiences: "To date, we've spotted 29 different sand cats, radio-collared 13 of them, and collected some surprising data,"

"For instance, sand cats are traveling more than we thought and more than what's been recovered for any other small cats. But we still don't know why—yet." 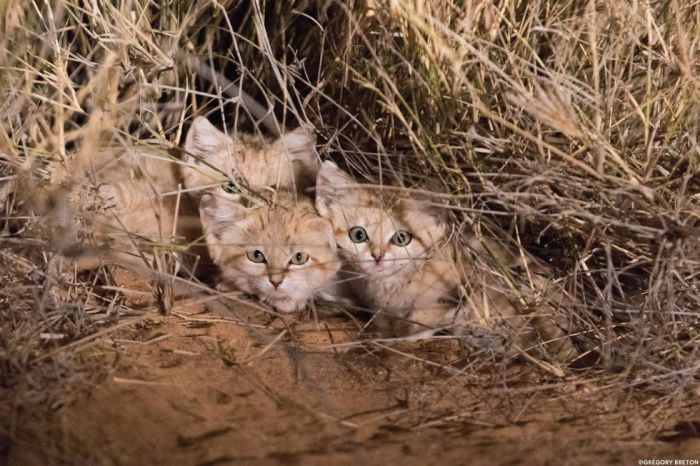