Eve McDonnell, 72, was very sad when her pet kitten Missy ran away from her vehicle when she stopped to purchase milk in Birmingham on 23 April 2009. After an extensive search that provided no results, Eve gave up hope that she will ever see her again.

But, a short while ago, and ten years and nine months after Missy went AWOL, Eve finally got reunited with her adored kitty. After a decade apart, they were able to be together again thanks to the rescue center staff who contacted her to say that they’ve found Missy and she has been living on the streets, about eight miles away from Eve’s home.

Locals of Hall Green, Birmingham, have seen the stray cat living in garbage and sleeping on top of a trash bin, and she became known among them as ‘the driveway cat.’ Retired hairstylist Eve said: “I never stopped thinking about her. You just don’t forget your pets – they are irreplaceable. She’s had a rough time, but she’s still my cat. I can’t believe she’s alive.”

Missy fled when Eve drove to Five Ways in Birmingham city center, not knowing that her cat was asleep on the back seat. She got in through the sunroof and ran out across a busy roundabout when Eve stopped to go to the stores.

Not long ago, Missy was noticed by Ali Shah and his mom Salma, who gave her food and shelter for several days. They took her to Little Haven Rescue in Sutton Coldfield, on February 22. Rescue center holder Clare Davis, 46, took the skinny cat to an emergency vet where a microchip was detected and used to trace her back to Eve.

She was shocked when she heard that Missy had been found 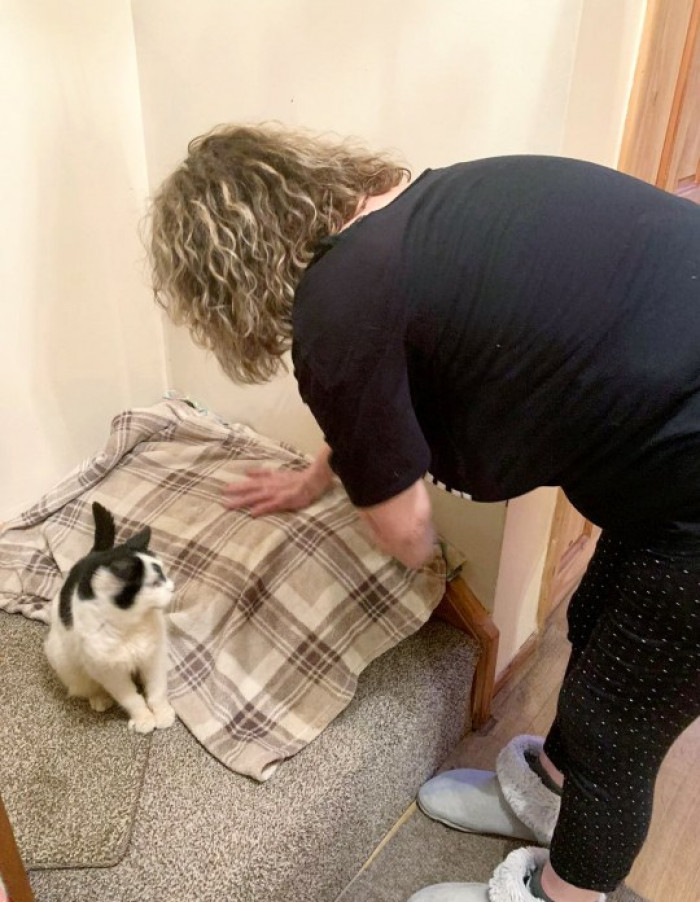 Clare says: “I’ve never had a rescue that has been missing for so long. I’ve returned cats that have been missing for two or three years but ten years is pretty unbelievable. I’m delighted to have reunited Missy with her owner. Missy had had a terrible time living rough for all those years. When she escaped, it was a complete accident, she didn’t mean to take her for a ride. She climbed in through the sunroof, which Eve managed to close while driving along. When Eve rushed out to buy milk Missy ran out onto the island. She didn’t think she would live through all the busy traffic, but Missy did and must’ve walked the wrong way home. When she came into the center she had to go on recovery fluids because she was so weak after going without food for three days.”

Missy’s survival is a miracle 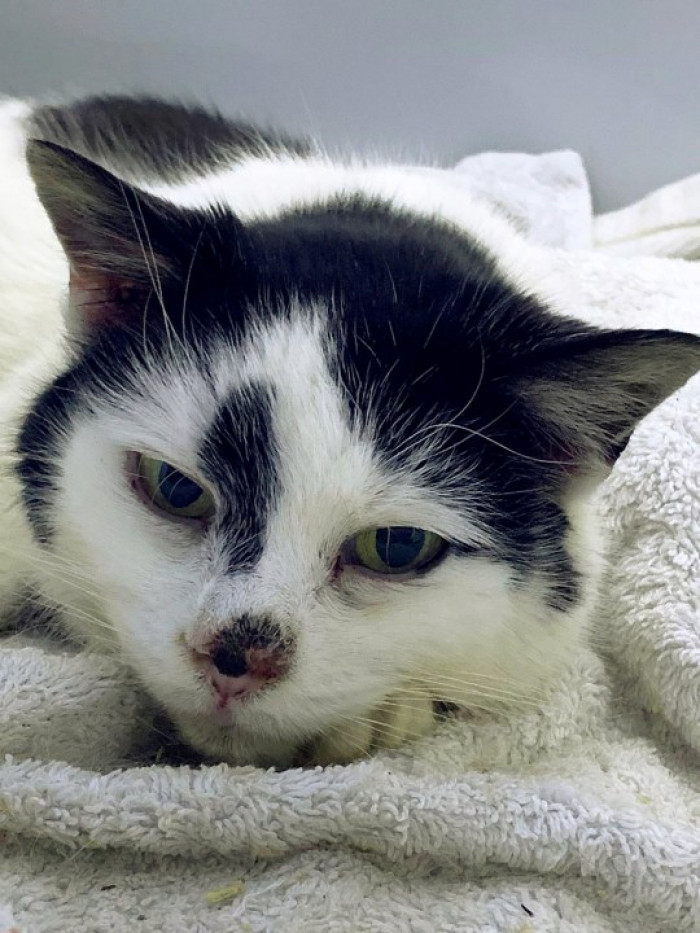 At her age, it had an immense impact on her - she was in such condition there was no way she could go straight back to her owner. “She was on a knife-edge, and it took a week to get her back into good condition.

When I telephoned Eve, she told me: “My mind has been in a whirlwind.” She didn’t know if she could cope with bringing her back. “She had given up hope of finding her and had grieved her, thinking she had died. She was absolutely delighted to get Missy back. She had never replaced her and didn’t realize how much she was missing having a companion as she lives alone. But she could never bring herself to replace her.”

“How Missy survived all those years is by being a typical Missy. She was able to fend for herself and source food. She’s a very intelligent cat, and it’s a miracle she survived. She’d cry for food outside someone’s house and would find it naturally. “

“When she came into the center, I started calling her Missy because she was a right little missy cat. And amazingly it turned out that was her real name. I told Eve and she said: “It was because of her personality and temperament I first named her Missy. We are glad she is finally back home where she belongs after all these years."