World's Saddest Cat Was Set To Be Euthanized Until Something Changed

Prepare to meet the saddest looking cat ever, Benben, the shelter cat that was deemed 'unadoptable'. He came to the shelter in terrible health, the vets said it looked as though a large animal had attacked Benben, leaving him with a cauliflower ear, deep cuts, and even a crushed spine. This poor little kitty was set to be on painkillers forever and was set to never walk again.

With all of those problems, no one expected BenBen to live, let alone find himself a home. 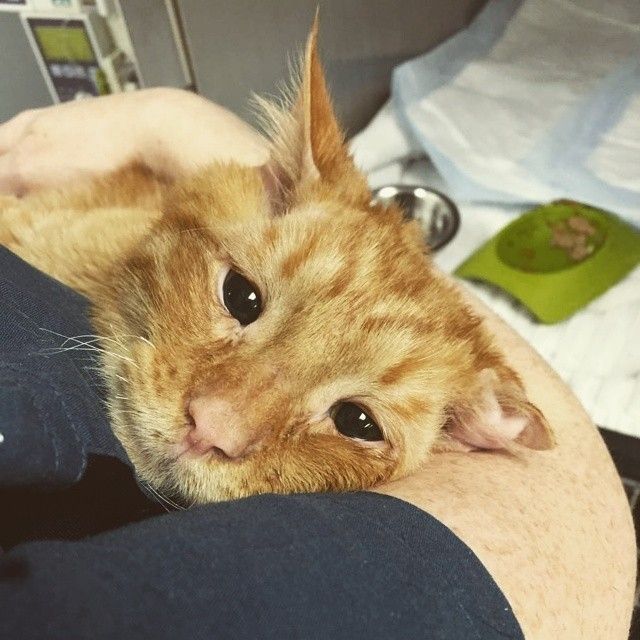 On top of all of that Benben has extra skin on his face that makes him look super sad all the time, and no body knows why it's there! Everyone just thought this sad face was fitting for the poor stray, who had toughed it out as best as he could. He was even temporarily adopted by a nice family, but unfortunately, they soon had to return him due to his constant medical needs. It was then that he was labeled 'unadoptable' and was scheduled for euthanization. 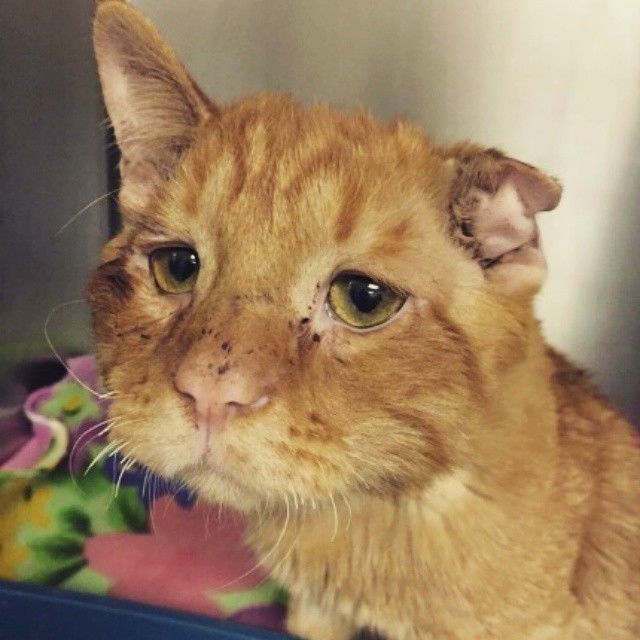 But an ER vet heard his story and came to the rescue! She just knew she had to save Benben and she took organized to adopt him just one day before what would have been his last.

Benben had given up trying to live, the shelter even told his adopter that he had given up trying to eat and drink, but that did not stop her. She scooped him up and took him home to meet her other cats and give him the best life she could. And that's when everything changed! After an hour of time at her house, Benben was not only purring and cuddling her, but up and walking around!He became a curious little cat who loves to explore and can now not only walk, but also run, and jump small distances

Benben knew this was his forever home and was determined to prove all the vets wrong about him! And even though he will always have his super sad face, it's totally adorable to look at, and his purrs and cuddles will always remind you how happy he really is now.

My mom put this new toy on my head! I'm not sure if this is how it's suppose to work haha one of my friends from NJ sent it!! Thank You!! #benbencatcat #catlife #catlover #cat #catstagram #catstagram #catoftheday #catsofinstagram #cats_of_instagram #playtime #rescuecat #goofingaround #sohappy #whatsonmyhead

Rescuing animals is one of the best things you can do in life. You're taking a sad, helpless animal and giving them a home of love. It's not usual for cats to be very large. Most only weigh a couple of pounds at best. But these cats are absolute beasts. Don't mess with them!